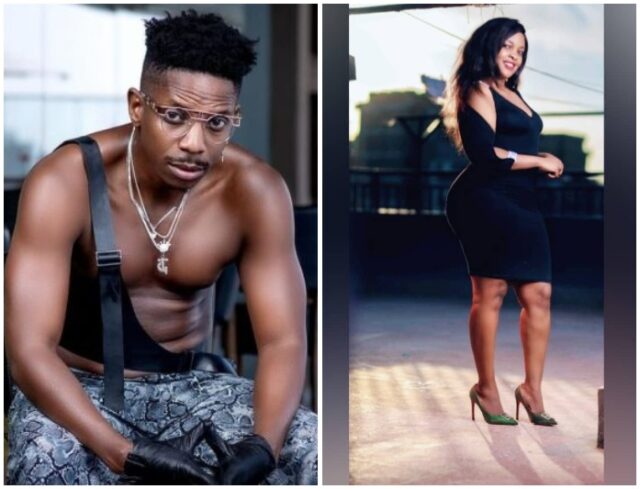 Caro Leehavi popularly known as Manzi Wa TRM has exposed Eric Omondi whom she says refused to pay her Ksh25,000 after sleeping with her.

Speaking to Plug TV, Leehavi explained that she was introduced to Eric by his friend who happened to be her neighbor in Jamhuri estate.

Caro noted Eric was quick to hit on her. She said that the comedian demanded to see her privately just two days after their first meeting.

The lady further disclosed she told Eric she couldn’t meet him that night he demanded to see her because she was sorting out issues with her caretaker over her rent.

Eric offered to pay Caro’s Ksh25,000 rent when she told him that she didn’t have money to pay the rent.

Leehavi further revealed that the controversial comedian picked her from her house and drove her to a hotel room at 40forty lounge where he chewed her that night and in the morning.

She disclosed that after the morning glory, Eric gave her Ksh1000 only and told her it was for Uber. She expected him to give her Ksh25,000 as they had agreed.

“So tukatoka ile unasema sa anatoka aende kwa ATM. Sasa tumetoka akaniambia yeye ako na mahali anakimbia, there was a crew that was waiting for him in town. So aka cross tu hivi anatembea mbio mbio anasema ako na haraka, Eric gave me 1,000 akaniambia ‘hii ni ya uber, hii ni ya uber’ the way he talks you know,” she narrated.

Caro Leehavi lamented that Eric Omondi has been playing cat and mouse game with her ever since the one-night stand at 40forty.

She explains that she decided to expose him because she still wants Eric to pay her the Ksh25,000 which was the reason why she spread legs for him.

Related: Majority Of Girls Who Work With Eric End Up Sleeping With Him” Informants Share List Of Women Eric Omondi Has Bedded

Lulu Hassan Reveals How Her Side Hustle Makes Her More Money Than Her Salary...

Lawyer Dies In Grisly Road Accident While Chasing After Her Husband And His Side...

Zari Parades Her Toyboy As They Party Hard In Nairobi (Photos)