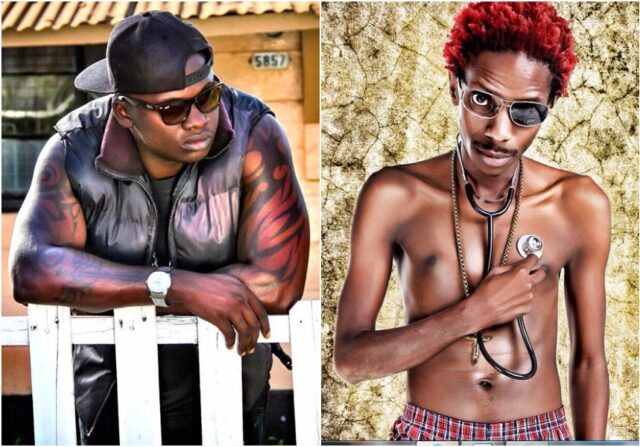 Eric Omondi who himself is deeply indebted claims Kenyan celebs are broke because they not fully exploiting their brand, Khaligraph is of different opinion.

Speaking to SPM Buzz, Eric castigated Kenyan celebs saying most are broke because they are not dramatic, he claimed that celebs can earn a living by just being scandalous even when they don’t release dope songs.

“This industry is ridiculously mediocre. It’s not about the songs you sing, entertainment is about the life you live. It’s a lifestyle, it’s the shoes you wear, the chain you have… you are the entertainment, not your song. Mutakufa na njaa that’s why you are broke,” Eric Omondi argued.

Khaligraph Jones however is opposed to Eric Omondi’s school of thought. He said celebs shouldn’t be castigated for living drama free lifestyles.

The rapper argued that celebs have different personalities and they shouldn’t lead fake lifestyles for the sake of showbiz.

Michelle Ntalami: Breaking Up With Makena Njeri Was The Second Most Painful Thing In...