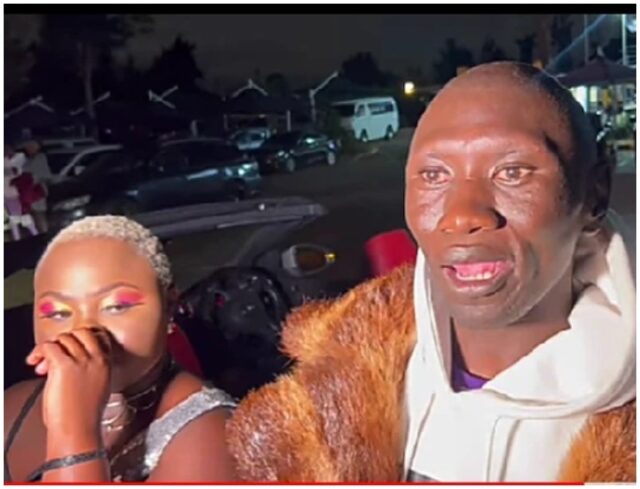 Pritty Vishy has come out to set the record straight after her ex-boyfriend Stivo Simple Boy publicly revealed that she is an easy lay.

Speaking during an interview with Obinna on Kula Cooler show, Simple Boy revealed that Vishy routinely cheated on him while they were dating.

The rapper claimed that his ex-girlfriend slept with 50 men that he knows and some of them were his friends.

Speaking on the same show a week after Stivo’s interview, Pritty Vishy said her relationship with the rapper was rife with accusations of infidelity.

She claimed that his ex-boyfriend was extremely insecure  and that he accused her of cheating every time he saw her with a man.

“You know the problem with Stivo, he used to accuse me of cheating. When he sees me with someone, oh I am cheating. He is toxic. He is a toxic boyfriend, so I should not walk with people?” she grumbled.

Pritty added that it was not easy dating the rapper as he wanted to control the relationship.

She laughed off claims that she cheated with 50 men, saying that it was not possible to fool around with such a big number of men.

However, Pritty Vishy confessed that she cheated on Stivo with his fellow celebrity, who is older and with deep pockets. She refused to name him.

Nadia Mukami: I Stopped Working Out For The Sake Of My Baby

“I Feel Sorry For Her” Corazon Kwamboka Asks Netizens To Pray For Jealous Lady...