During the funeral of Trade CS Moses Kuria’s mother, Gachagua warned that Samidoh might be banned from travelling abroad because of his baby mamas drama. The DP was refering to last year’s incident that saw Nyamu and Nderitu engage in a fist fight while in Dubai, where Samidoh was performing.

The singer however took to Instagram to share a cryptic message that has been seen as a response to DP Gachagua’s words although he quoted the words of CS Kuria.

“Every angel has a past and every sinner has a future- Moses Kuria,” Samidoh said. 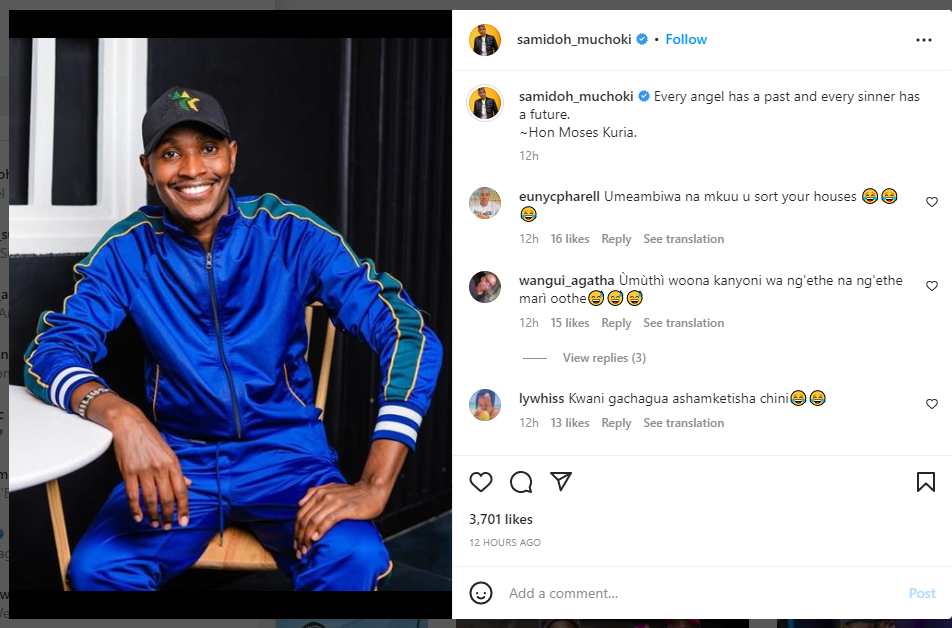 Reacting to his statement, some of his fans agreed with DP Gachagua as others advised him on what to do.

“Just recognize them both. At this point there is nothing really to hide life isonge,” another said.

On the other hand, Karen Nyamu took to her Insta stories to also share a quote about the past.

“When your past calls, don’t answer it has nothing new to say,” the nominated senator said.

“Believe me, nothing new,” she added. 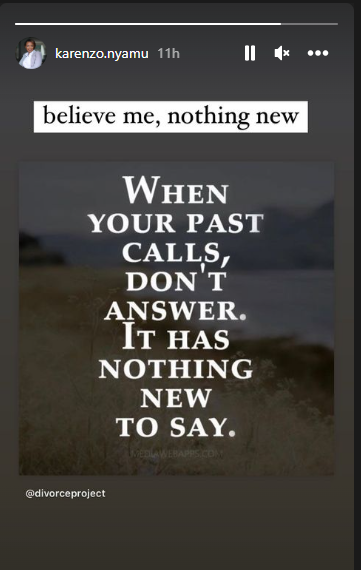 Sandra Dacha: I Won’t Leave Akuku Danger Even Though He Has Wife And Child

‘Usilete Compe’ Hitmaker Bamboo Ends Up Being A Pastor

Noti Flow Refuses To Take Back Car She Bought Lesbian Ex After Dumping Her...

Traffic Roadblocks Banned Across The Country