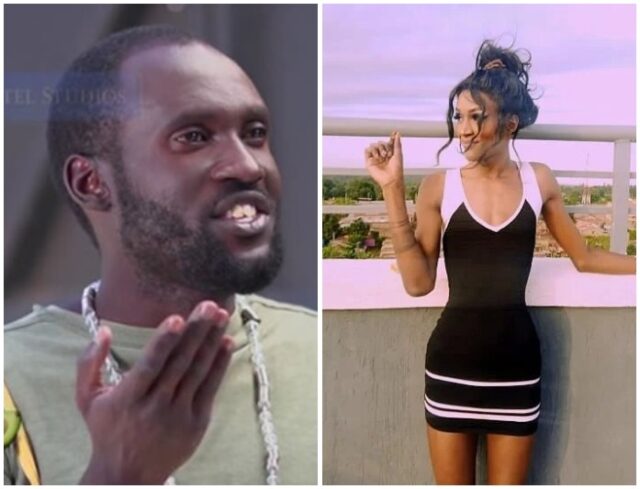 A trans woman identified as Brandy has come out to expose comedian DJ Shiti for cheating on his wife with her, she revealed unpleasant details of their illicit affair.

For starters, transgender women/trans women are people who were assigned male at birth because of having male sex organs but when they grew up they identify themselves as women.

The most popular Kenyan transgender is Audrey Mbugua. He was born Andrew Mbugua and he identified as a man until after university when he transitioned to a woman.

In October 2014, he won case to force the Kenya National Examinations Council to change his name on his academic certificates from Andrew Mbugua to Audrey Mbugua to conform with her female orientation.

Note that most trans women don’t get their male organs removed as many can’t afford sex reassignment surgery which involves taking the penis and scrotum and reconstructing them into a vagina, clitoris, urethra, labia minora, and labia majora.

That aside, a transgender woman by the name Brandy exposed DJ Shiti whom she claims had an illicit affair with.

Brandy’s shocking confession was recorded and shared with blogger Edgar Obare on his BNN platform by one of his students. 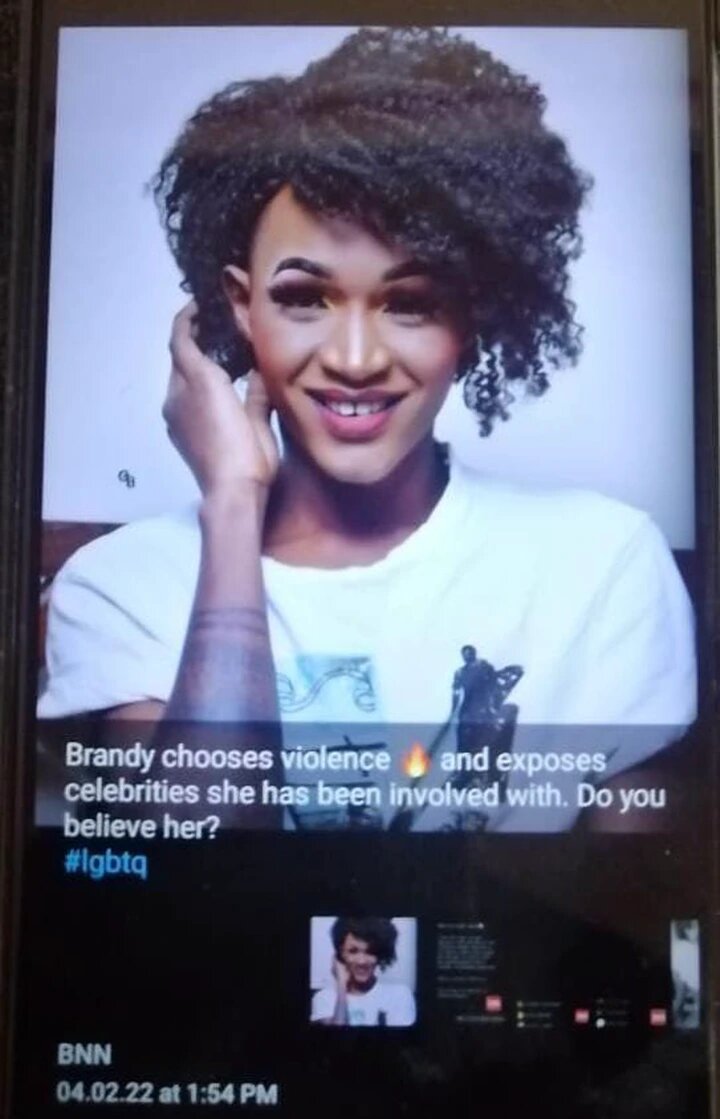 In the video recording, Brandy appeared in a pitch-black room where she spilled the beans on celebrities who have banged her in the anus (she still has a male sex organ).

She alleged that the Kenyan entertainment industry has many gay and lesbian celebrities naming the likes of Willy Paul and Diana Marua.

However, it was what she said about DJ Shiti that really caught the attention of many people.

Brandy confessed that she had an illicit affair with DJ Shiti. She went on to disclose that she even approached DJ Shiti’s wife and told her about the affair.

The trans woman says DJ Shiti is married to a woman whom she describes to be of Somali descent. She added that the comedian’s wife and her got close after she confided in her about her affair with her husband.

Brandy further added that DJ Shiti’s wife even follows her on Instagram, but she stressed that she would never reveal her identity as she is using a pseudo account.

According to Brandy, DJ Shiti’s wife advised her not to speak on their illicit affair with her husband in public.

The trans woman however added that she was going against the wishes of DJ Shiti’s wife because she believes the only one on the wrong is the comedian himself because he has two kids with his wife yet he is still going around sleeping with other women in the name of comedy.

“I don’t Want His Apology” Kamene Goro Explains What Mulamwah Did...

Pastor Jill - February 8, 2022 0
Kamene Goro is not afraid to show her intense hatred of comedian David Oyando popularly known as Mulamwah who crossed her red line. The Kiss...