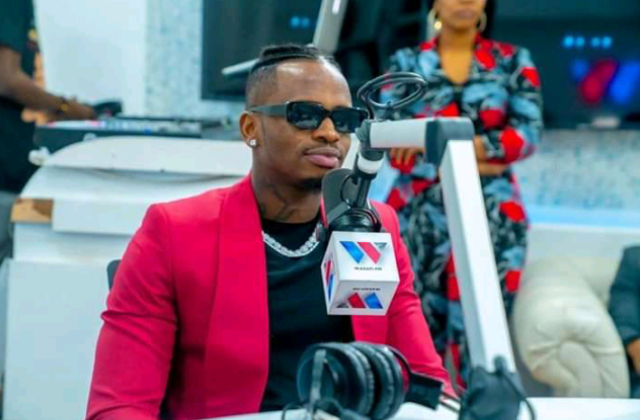 Diamond Platnumz laments that his use of English in some of his songs always put him on a collision path with his fans in Tanzania.

Speaking in a recent digital forum, Diamond said most of his fans in Tanzania bash him for doing songs in English yet they don’t understand the language.

“If you do not go international, your fans say you are not working hard, yet they do not want you to do English songs. Our fans praise us when we keep doing Swahili songs,” Diamond said.

The Wasafi boss further noted that Swahili music was one of the reasons most East African artistes don’t conquer international platforms.

He noted that sing in part in English is what helped Rayvanny go international. The Wasafi CEO revealed that Vanny Boy was hesitant to sing in English at first but he really pushed him to do so.

“Doing English songs is the only way I could help Rayvanny to go international,” he said.

Diamond stressed that artistes should consider that they are writing songs for people who do not understand Swahili.

“We are currently pushing international and it is not easy.  You have to have a big fan base from Africa so that you can conquer there. There are other platforms that are not making money for us and so we have to keep pushing,” he said.