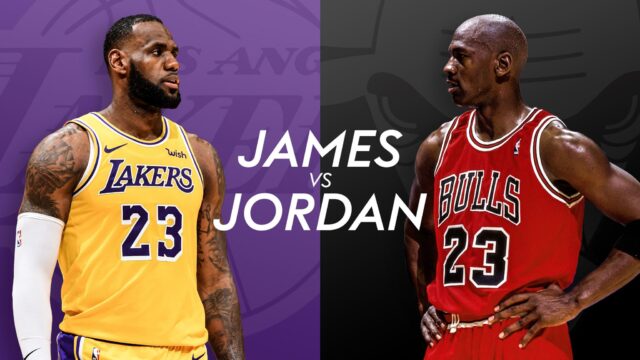 Michael Jordan is widely regarded as the greatest basketball player ever, but LeBron James has a superior record regardless.

Give it up for the new All-Time Leading Regular Season and Playoffs Scorer, LeBron James ? pic.twitter.com/zPlGGRhGXs

However, LeBron remains a little under 2,000 points behind Hall of Famer Kareem Abdul-Jabbar for the NBA’s all-time scoring title, but if you factor in points scored in the playoffs — which do not factor into the official list — James just passed Abdul-Jabbar’s 44,149 combined points. 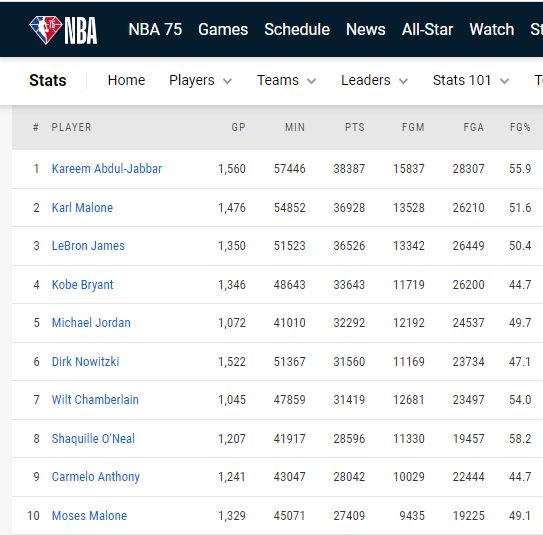 However, MJ boasts of winning 6 NBA titles over his career with the Chicago Bulls. The legendary shooting guard also won a whopping 10 scoring titles and 6 Finals MVPs, placing him in a company of his own as a superstar who dominated the league for over a decade.

But since Jordan’s retirement, the world has seen the rise of a dominant superstar in LeBron James.

Nearly 20 years later, King James has certainly lived up to his reputation as the “next Jordan” because he has been the face of the NBA for so long.

Capturing 4 NBA titles and 4 Finals MVPs, LeBron has accomplished everything a superstar aims for including the coveted championships with three different teams. Everywhere LeBron went, his team won championships.

Even if both MJ and King James played different positions and had completely different styles of play, it is only natural to compare the two legends on what they accomplished over their careers.

LeBron is still going on at an elite level in his 19th year in NBA while MJ only played 13 seasons before officially retiring for good.

Lillian Muli Warns Budding Journalists They Will Be Lonely Most Of The Time And...

Harmonize Eyes His Rwandan Room Cleaner After Being Dumped By Kajala