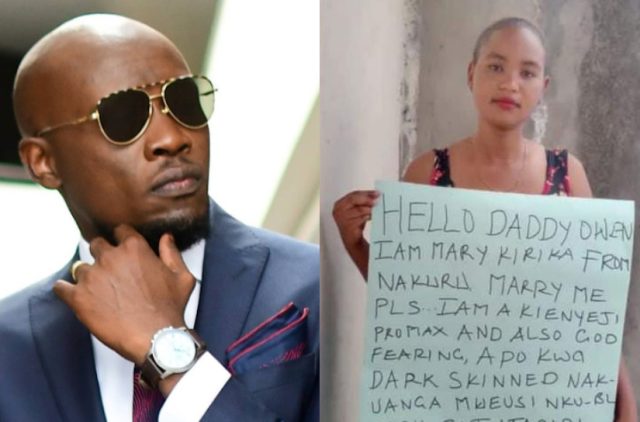 Gospel singer Daddy Owen invited trouble after announcing that he was seeking to marry a village girl after his ex-wife eloped with a Nakuru tycoon.

Owen in a recent interview with Word Is revealed that his mother is pressuring him to remarry.

He further described the kind of woman he would want to date – saying he now prefers a village girl.

Owen noted that he has frequently been visiting and running projects in villages hoping to bump into his dream woman.

“I want to get a woman from there. I do not want to date someone who is born in the town,” he said.

On how she dresses, Owen said her woman will not put on long trousers.

“I want someone who wears long dresses,” he said.

First to hit on Daddy Owen after he announced that he was looking for a wife was Pritty Vishy.

Other women carried placards and took to the streets seeking to draw Owen’s attention. 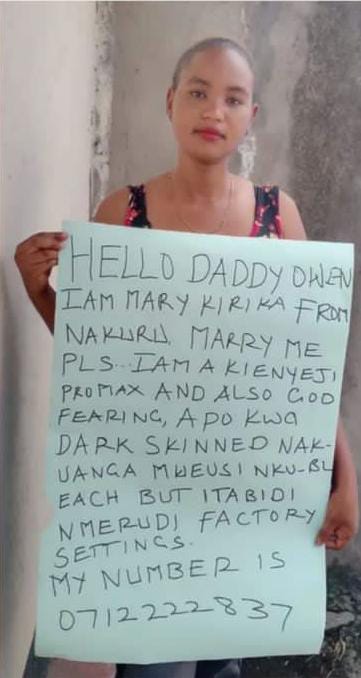 Speaking during an interview with Presenter Ali, Daddy Owen revealed that many more other women were spamming his Direct Message (DM) on social media.

The gospel singer approximated that nearly 1,000 women had sent him messages offering themselves for marriage.

Singer Vivian Speaks On Breaking Up With Her Husband Sam West

Wahu Scoffs At Newspaper Which Predicted Doom For Her Marriage

“Nlihave kuokoka” Broke Producer Magix Enga Narrates How He Unshackled Himself From Illuminati After...