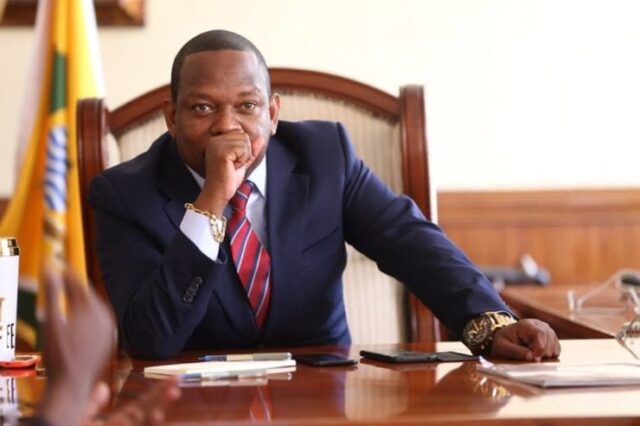 Kenyan political landscape has never lacked drama whether it is about the politicians being accused of having extramarital affairs, or a politician who has refused to provide child support for their children.

In this article, we are going to focus on politicians who have not only been accused of having children out of wedlock but also who previously refused to provide child support for their children.

Here are some of those politicians.

In 2017, a woman identified Chemutai Bett accused Deputy President William Ruto of failing to provide for a child he sired with her.

According to the woman, the country’s second in command had failed to provide adequate and necessities for her and her daughter.

Responding to the woman’s allegation, Ruto accepted that indeed he had an affair with the woman and the alleged child was his. He further noted that he had been providing for the child as opposed to the claims made by Chemutai.

The Ford Kenya party leader was in 2013 asked by the children’s court to provide monthly child support of Ksh.270,000 to a woman he reportedly neglected after having a child with.

The politician was to further pay the woman Ksh.120,000 annually for the child’s clothes and other expenses.

Senate Speaker Kenneth Lusaka is the latest politician to join the list. This is after a woman, who claimed that she has been in an extramarital affair with Lusaka, claimed the politician had abandoned her with her unborn child.

Responding to the allegations, the former Bungoma Governor accepted that indeed he had an affair with the woman and her child was his.

The woman had sued the Speaker seeking child support of Ksh.200.000 or a lump sum pay of Ksh.25 million. According to her, Lusaka had refused to take up his responsibility to provide for their child.

In return, Lusaka agreed to settle the matter out of court.

A few years ago, a controversy relating to a child’s paternity rogued former Nairobi Governor Mike Sonko forcing him to admit to having sired a child out of wedlock with a woman from Kwale who had sued him for child support.

Sonko noted that he bought the woman a car and provided her with money for child support. According to Sonko, he later confiscated the car and stopped providing child support after a disagreement with the woman.

Former Westlands MP was also sued for failing to provide support for a child he sired with a woman he reportedly had an extramarital affair with for five years,

The woman sued the former Cabinet Minister and asked the court to compel the politician to pay monthly child upkeep money of  Ksh.150,000.

“I Can’t hold Stool, I Have To Use Diapers” Reformed Gay Narrates His Ordeal

Congregation Happy As Bride Turns Reception Into A Brothel