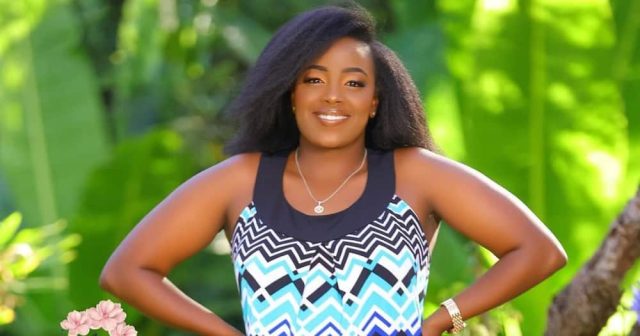 Jackie Matubia had an inflatable silicone balloon inserted into her stomach in a bid to lose weight, she parted with at least half a million to undergo the procedure.

The mother of two revealed that she had gone to a Nairobi clinic for a gastric balloon.

She was recorded swallowing what looked like a pill and accompanied it with water before being hooked up to fluids.

“And just like that, it was done. However, after this, you have three days of feeling nauseated and a little bit of vomiting but most importantly hydrate! Hydrate! Through IV,” she posted.

Jackie is undergoing a procedure called laparoscopic gastric balloon placement; a non-surgical weight loss procedure which involves the insertion of a specialized balloon inside the stomach through the mouth using an endoscope.

It is an endoscopic treatment for obesity that together with a balanced diet and physical activity helps lose weight.

An inflatable saline-filled silicone balloon is inserted inside the stomach to occupy space and limit the food-carrying capacity of the stomach. This makes one feel full sooner and limits their intake to smaller portions. The procedure is temporary and the balloon is usually removed after a period of six months.

The balloon is inserted via a pill that is swallowed with a glass of water. It is inflated with gas. The gas may reduce the risk of acute pancreatitis that can occur with saline-filled balloons.

A total of 3 balloons are inserted. The second balloon is added a month after the first one, and the third is added during the second month.

Related: Catherine Kamau Hits The Gym Even After Paying 500k For A Procedure To Beat Obesity