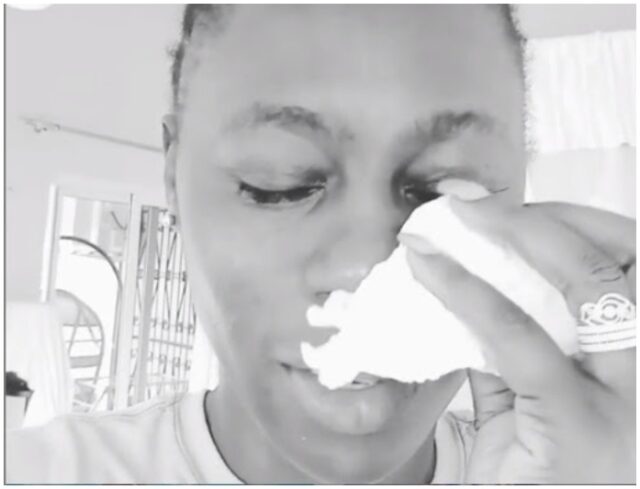 Akothee gave birth to her first son in the streets with watchmen acting as midwives, the baby died but the singer has never forgotten him.

Akothee got married at the age of 14 after getting pregnant for her baby daddy, by 16 she was already a mother to three children.

The controversial singer was married to her first love Jared Okello with whom she has three children with, they would have had four but one died.

While sharing a throwback photo of herself in 2018, Akothee narrated how she lost her son after lacking money to take him to hospital.

“I had only 3 children but I had dropped 4 in my 10 year of marriage, one passed on at 8 months. I didn’t have money to take him to the hospital early enough, or maybe it was God’s time” she said.

Akothee revealed that she gave birth to her late son in the street with the guards acting as midwives.

“He is actually the one I delivered on the streets and the watchmen of Awendo were my midwives, he was my second born, a boy in that matter, that one means a lot to the Luo community. So you know why I am crazy, nothing can shake me compared to the things I have seen all my life, I have missed death three times, if I died then, you wouldn’t have known my name. That’s why I got no chills for nobody’s opinion, leave me alone,” wrote Akothee.

Fast forward to April 18th 2022, Akothee reflected on the death of her first son while celebrating her son Ojwang’s birthday who turned 13.

The 41-year-old mother of five said she was frustrated in her marriage after giving birth to three girls without a boy. She said God gave her a son after her marriage hit rock bottom and the baby died.

Akothee however is thankful to God because He gave her two sons after she lost her first son who was born in the streets of Awendo town.

“After giving birth to girls which doesn’t land well in my community, The first child God gave me after my marriage was dissolved is A son ! See blessings, and then I tried again and he gave me another son two sons 3 daughters ?
Sometimes blessings lies on the other side of the world ❗️
Happy birthday my children,” wrote Akothee.

Related: Photos Of Akothee’s Upcountry Mansion In Migori Vs Her Palatial Villa In Mombasa

Man Sentenced To Jail For Stealing Fuel From A Petrol Station

Socialite Shay Diva Sentenced To 4 Years In Prison For Stealing Landcruiser V8 From...