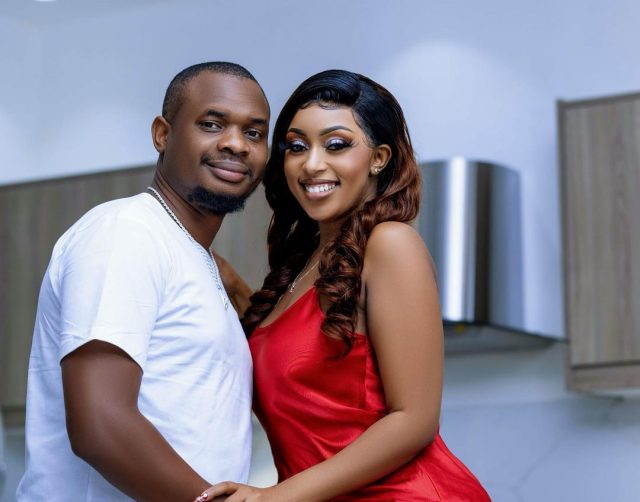 According to Obare, Rapudo’s lifestyle is fake  and that he does not own the expensive things he flaunts on social media.

Obare further alleged that Rapudo drives a hired Range Rover which is registered under a woman’s name identified as F. N. He shared an NTSA logbook to prove his allegations.

Taking to social media, Rapudo however brushed off the claims and urged people to avoid things that are not helpful to them.

“It’s okay, to be honest about not knowing rather than spreading falsehood. Overthinking is the biggest cause of our unhappiness. Keep yourself occupied. Keep your mind off things that don’t help you,” Rapudo wrote.

The claims come at a time when Rapudo and Amber Ray are expecting a child.

Amber revealed that she is looking for a venue to host the gender reveal party soon.

The mother of one is positive that she and her boyfriend will be great parents to their unborn child.

“One thing I know for sure, we are going to be great parents. Kennedy Rapudo, I am happy I am doing this with you,” she said earlier this year while sharing the good news with their fans.

“Please Ignore Me When You Meet Me” Akothee Pleads With Kenyans As Her Mental...

Wedding Bells! Brown Mauzo Announces Date When He Will Marry Vera Sidika In A...

“It Was Meant To Be Private” Corazon Kwamboka Rants After Media Leaks News Of...