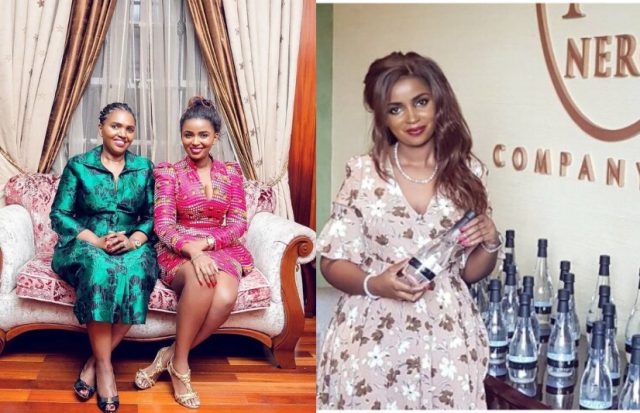 Nero Company Ltd is a premier luxury beverage company operating within Nairobi and the country at large.

Anerlisa’s company is however based in Naivasha at the same complex as her mother’s company Keroche Breweries Limited.

In a recent Instagram Live session, the Keroche heiress responded to fans who think that her mother Tabitha Karanja funds her company Nero company.

Anerlisa explained to her followers that she used her brains properly but agreed that her mum supported her dream at the beginning.

“Yes, my mum supported me but it also depends on what dreams I had. I could have chosen to go party and eat all the money. But since I wanted to achieve something of my own, I invested,” Anerlisa said.

“I have a friend who was given sh100M by their parent to start a business but they partied all of it and ended up with nothing. I work so hard to make sure this business is running. During the week, I am always in the office and not partying like most people think I do,” she added.

Vera Sidika Sides With Kamene Goro, Says She Can’t Date Someone Who Listens To...