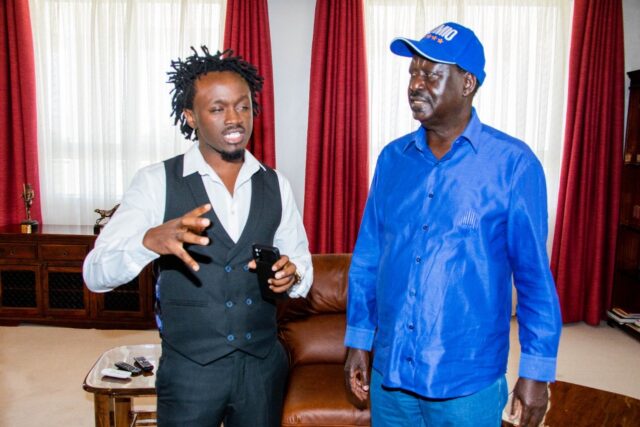 Bahati said he spent more than Ksh50 million campaigning for Mathare constituency seat only to lose.

The singer performed dismally in the election where he finished a distant third.

Bahati had earlier claimed that he spent Ksh33 million on campaigns.

“I get support from well-wishers. My budget on election day is Sh10 million. Campaigns for a parliamentary seat cost more than Sh50 million,” he said.

The singer disappeared without any explanation after losing the Mathare constituency race.

Bahati has since come clean why he went missing after the being defeated in the poll.

The musician made it clear that he took a break from the public to focus on his music.

“I was just locked in my Home Studio making the Best Sounds of Music for you my fans since day one,” he said via his Instagram feed.

“I swear I’m listening to the songs I plan to release in 2023 and I won’t sleep. I didn’t know Luck was this strong,” he boasted.

“Time For A Short Commercial Break” Mark Masai Bows Out Like A Boss After...

Siaya Senator Oburu Odinga Prepares His Family For His Death

“You Were Here Each Morning With Warm Hugs” Obinna Recounts Lovely Moments He Shared...