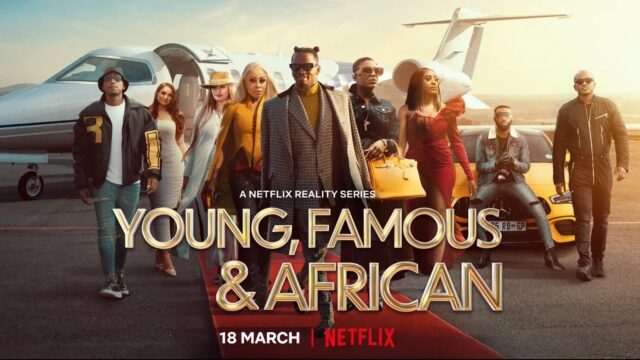 Catherine Kamau has been linked to season two of the Netflix reality series ‘Young, Famous and African’.

The popular actress however denied reports that she will be the first Kenyan to be featured on the show.

She laughed off claims of joining the Netflix reality series for season two, noting that she is not rich enough for the show.

“You guys really gas me up…I am not rich enough for this.. I will stick to my genre,” Catherine Kamau wrote. 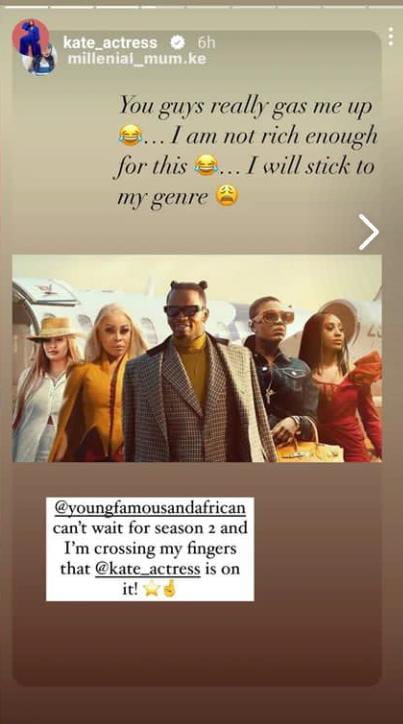 Netflix reality series ‘Young, famous and African’ which premiered on March 18 2022 featuring a star-studded cast of the most talked-about male and female celebrities in Africa.

The show followed 8 African celebrities who have a huge social media following and who usually receive intense media coverage across borders.

The reality series followed a crew of famed, affluent stars as they worked and played, flirted and feuded with each other in Johannesburg, South Africa.

Season one of ‘Young, Famous and African’ reality series featured;

And of course Diamond Platnumz and his baby mama Zari the Boss Lady.

Kenyans were curious to know why no celeb from the country was picked to be featured in the Netflix reality series but were surprised to discover that Anerlisa Muigai turned down the offer.

Sauti Sol’s Bien: Eric Omondi Is Like A Cockroach, He Shows...

Titi Maasai - December 18, 2021 0
Sauti Sol’s Bien-Aimé Baraza completely destroyed Eric Omondi during an interview on national television, he likened the comedian to a cockroach. While being interviewed on...