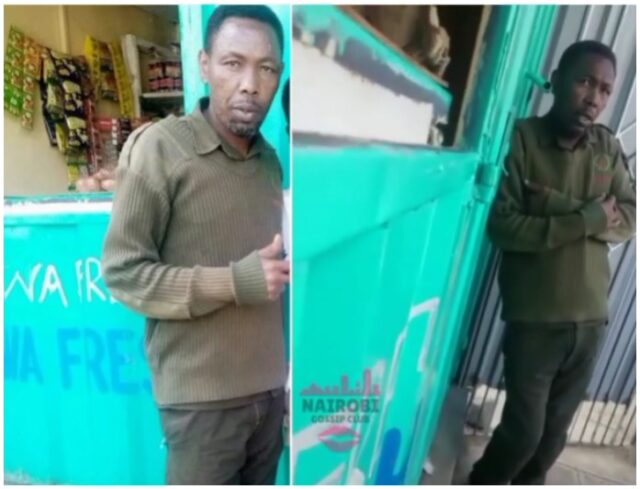 Former Tahidi High actor Kamau Kinuthia, popularly known as Omosh, has landed a job as a security guard months after Kenyans put a stop to his begging.

Early this year, Kenyans responded overwhelmingly to help Omosh when he pleaded for financial help after his dire situation was highlighted in the media.

Omosh opened up on his financial struggles even as Kenyans turned out in large numbers to support him.

The money aside, a three-bedroom house located in Malaa, off Kangundo Road was also constructed for Omosh by well-wishers.

The three-bedroom house was gifted to Omosh by a well-wisher namely Linnet Kathy Kathambi after another well-wisher gave him a piece of land.

Media personality Felix Odiwuor aka Jalang’o was also instrumental in settling Omosh and his family.

Omosh quickly squandered the money raised for him and he went back to begging. At one point he was duped into attempting to sell the house that Kenyans built for him, and he fell for it.

It turned out that Omosh – who is married to two wives and has five children – is a struggling alcoholic and what he needed is rehab and not financial assistance.

Well, Omosh has since decided to secure a job after it became clear to him that Kenyans will no longer help him financially.

The former Tahidi High actor is now working as a security guard to earn an income through his own sweat rather than swindling unsuspecting Kenyans.

Sauti Sol’s Bien, who commented on the Instagram clip, asked Omosh to work diligently after he secured a job as a security guard. 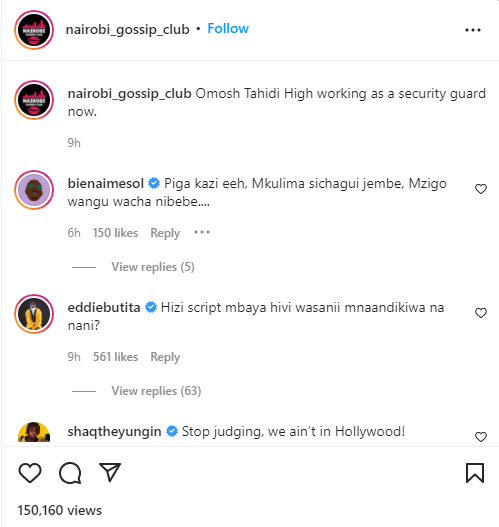