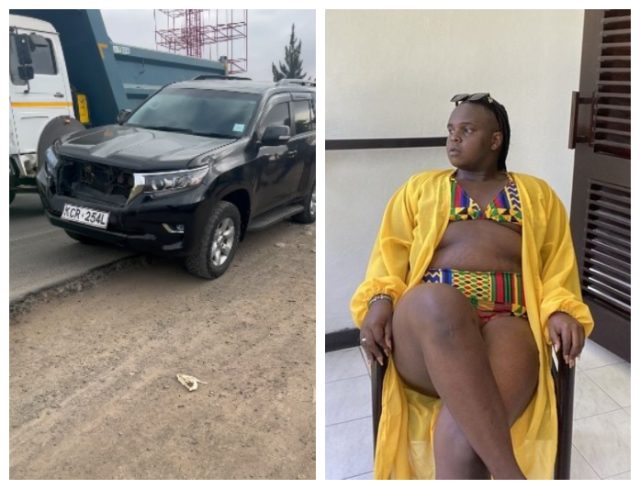 TikToker Kelvin Kinuthia was involved in a minor road accident on Thursday morning September 22, 2022, while he was on his way to surprise his mother at home.

Kinuthia uploaded a video of the two cars, one of which was his, which had collided and said that his day had gotten off to a very bad start.

He hinted that his mother will soon celebrate his happy birthday and he was going to her house to surprise her with an early gift before the day itself.

Kinuthia thanked God for protecting him and pointed out that it was just a minor accident and no one was injured.

In the video, Kinuthia was playing a song of gratitude to God for rescuing him from an accident, Joel Lwaga’s hit featuring Chris Shalom, You know how to make me happy.

“WHAT A BAD MORNING WAS GOING TO SUPRISE MY MUM ON AN EARLY BIRTHDAY GIFT 🥺😫AND I GOT AN ACCIDENT 😫🕊️THANK YOU GOD ON ONE WAS INJURED 🙏🏽 BUT GOD IS IN CONTROL ❤️,” he wrote.