Tok-Tok sensation Kelvin Kinuthia is steering clear of romantic relationships at the moment.

Kinuthia opened up about why he stopped dating during an interactive Questions and Answers (Q&A) session with his fans on social media.

“Why are you not dating?” A fan asked Kinuthia.

Kinuthia explained that he was badly heartbroken by the person he was dating that he never healed up to date. 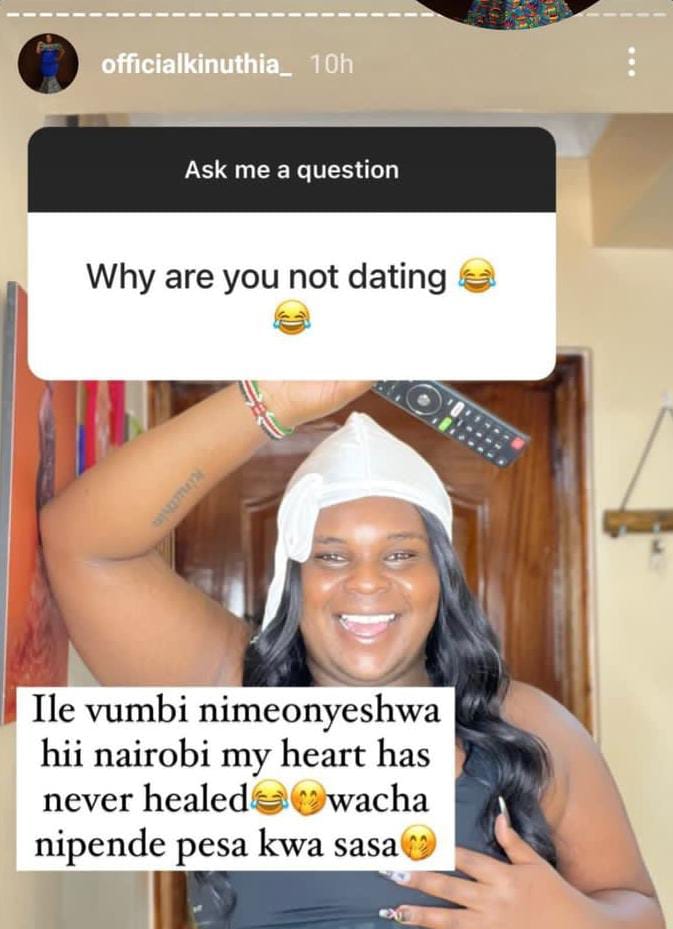 Kinuthia refused to answer questions about his sexuality. 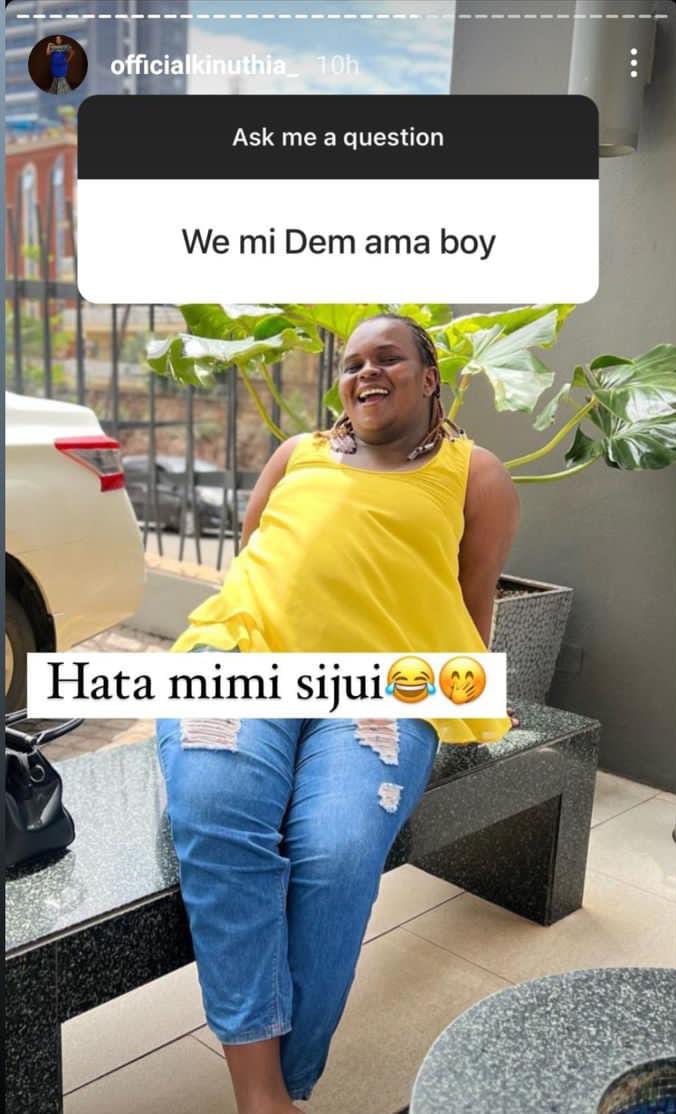 Back in April, Kinuthia was desperate to get in a relationship.

The crossdresser sparks rumours he was gay when he publicly thirsted after dancer David Moya.

Kinuthia said he would immediately fall for Moya if he was to dance for him. His sentiment came following a trend where romantic husbands have been enlisting Moya’s services to surprise their wives on numerous occasions.

The crossdresser further said that if he were the lady, he would gladly dump the husband for Moya.

Related: Dancer Moya David Blacklists Crossdresser Kinuthia After He Made Romantic Advances On Him