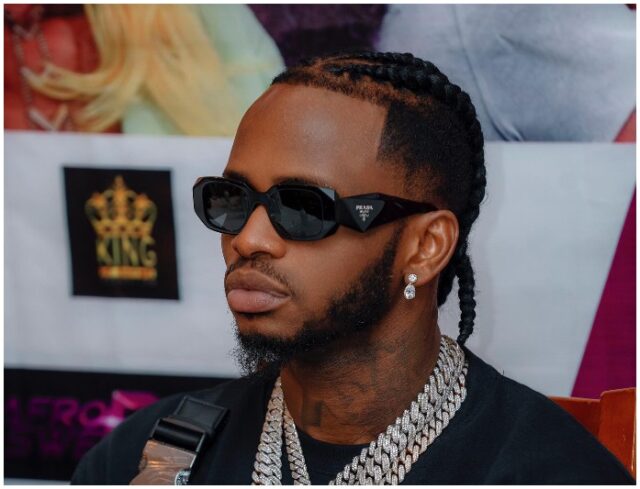 TCRA said it the video has “disrespectful church choir scenes”.

“In that video, there is a clip showing the two are singing in a church choir then goes somewhere else. That part has fuelled not-so good debate from certain religious people. [It] shows disrespect to certain religious denominations,” reads the statement signed TCRA Director-General Jabiri Bakari.

TCRA instructed all local television stations and digital platforms to stop airing the video until the two artistes—Nassib Abdul alias Diamond Platnumz and Zuhura Othuman Soud best known as Zuchu—remove the disrespectful scene from the clip.

‘Mtasubiri’ featuring Zuchu was released in April this year and became an instant hit, having garnered over 11 million views on YouTube in a month.

Following the ban, an emotional Diamond took to social media to rant, insisting TCRA is unfairly targeting him.

“I’m asking myself what I did wrong in this scene. Did they wear miniskirts? No. Did they twerk or make verbal abuse in church? No. Did you smoke cigarettes or marijuana in there? No. Did you kiss or consume alcohol? No,” said Diamond.

Diamond insists the church scene was perfectly fine and shouldn’t be banned.

“When the phone rang, did she pick it up inside the church? Are we the first ones to shoot in a church? There are others who’ve shot videos and movies inside churches and have done things that are disrespectful. Did their songs get banned? No,” he added.

Diamond’s cousin and his official DJ Romy Jones has now revealed that the Wasafi CEO wants to relocate to Kenya following the latest brush with Tanzanian authorities.

It’s not clear whether Romy Jones was joking or meant what he said. 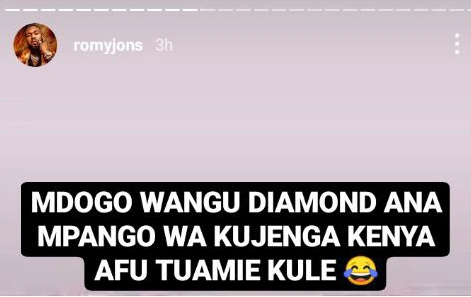 Diamond has had several brushes with Tanzanian authorities. Many of his hit songs like ‘Mwanza’, ‘Hallelujah’ among others have been banned before.

In his recent rant, Diamond said that these constant bans are among the reasons why he chooses not to work with BASATA (Baraza la Sanaa la Taifa) the National Arts Council, a body formed close to five years to regulate arts in the country.

“And then, they will ask me why I refused to be part of the awards. This is someone else’s country. What matters is that God and our fans love us. Let’s continue representing their country,” he said.

Related: Diamond Cries Foul Over 50K Fee He Is Forced To Pay By The Government Every Time He Flies Out Of Tanzania