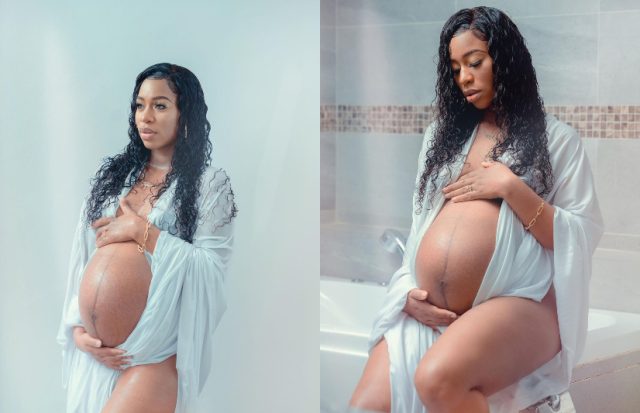 Diana Marua has come out to pour cold water on reports that she has already given birth to her third baby.

The expectant mother took to Facebook on Wednesday, October 26, 2022, to squash rumours about her giving birth.

“I have not delivered stop spreading rumours!” Diana wrote.

Rumours ran rife that Diana had given birth after she was admitted to Komarock Modern Healthcare facility on Monday night October 24, 2022, ahead of her delivery.

The heavily pregnant content creator-cum-rapper shared a video of her husband Bahati driving her to the hospital on Monday night.

In the video posted on social media, Bahati is seen getting into his Mercedes Benz SUV and leaving the hospital after dropping off his wife.

Diana meanwhile is seen recording herself as she walks around the hospital aimlessly.

The celebrity couple had their last clinic visit last week where the doctor set the delivery date.

It was revealed, in once of the clips posted on Insta Stories, that Diana would give birth on October 28 – a date set for her by her doctor.

During the hospital, Bahati said that he was unsatisfied with the child’s gender and wanted to have another baby in future.

Diana had, however, noted that the third child would be their last and told the doctor that her hubby should get a vasectomy.