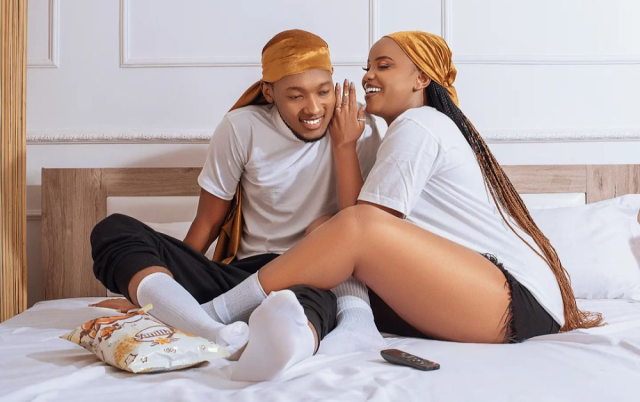 The two lovebirds opened up about their relationship during an interactive Questions and Answers (Q&A) session with their fans on social media.

DJ Dibul revealed that the actress slid in his DM and that they deeply fell in love the first day they went on their first date.

Dorea Chege added that they drove back to DJ Dibul’s house where he started ‘touching’ her and she concluded that he loved her.

“We met at Ibis Styles, we stayed together for several hours, and I drove him home in his car. When we got to his house, he started touching me, and that’s how I knew I was in love,” Dorea Chege  recalled.

The lovebirds admitted that, just like any other relationship, theirs isn’t perfect and sometimes fall out.

Dorea further praised DJ Dibul saying she was looking forward to settle down in marriage with him because he is a husband material.

Dibul also said that his lover is wife material.

Asked about the number of kids they wish to have, Dorea insisted she wants one while Djibul said four.

“I can’t marry two wives and I want four kids; two sons and daughters,” he said.

Govi: I have Been Dating Older Women Since My Days On...

Titi Maasai - April 7, 2022 0
Govi of former Citizen TV hit drama series Machachari has no reservations dating women who are way older than him. Govi, whose real name is...