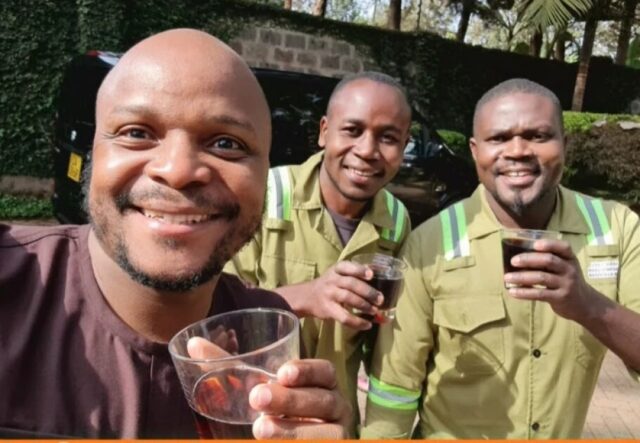 Eli Omundu and Morrisson Litiema have come out to shed light on the alleged theft at home of their former boss Jalang’o.

The Langata MP hopeful claimed that his former staffer stole slightly over a million shillings from a car they were instructed to wash.

The two were on the run for nearly two weeks after the alleged theft before they surrendered.

Speaking to Milele FM, Omundu and Litiema said they did not take the money and that they were seeking to meet with Jalang’o to iron out the matter.

“This is a small matter we are just waiting to meet our boss so that we can talk about the matter properly, we have spoken over the phone we are now waiting for the final word,” Eli Omundu said.

Litiema on the other hand said they could not address the matter until they met their former boss. He further added that Jalang’o was a man with a good heart.

“Jalang’o is a man with a good heart we are going to meet him and iron out the matter,” Litiema noted.

Kennedy Rapudo Reveals Reason Why He Broke Up With Amber Ray

Mulamwah: I Broke Up With Sonie Early Last Year But Kept It Secret Until...