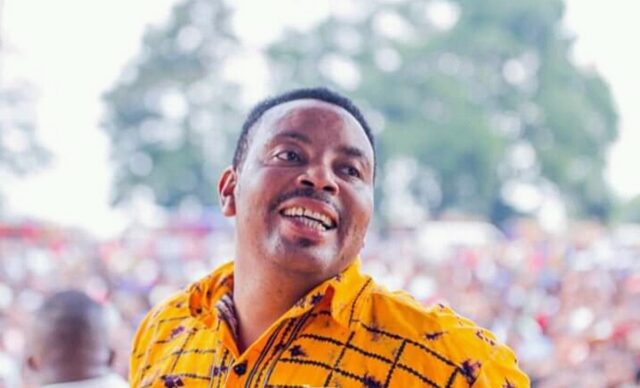 This is after he was seen performing at an event that was attended by Raila during the Skiza thanksgiving ceremony  in Murang’a.

“I saw people trolling me the other day after I was photographed with Raila Odinga. Some claimed that I have moved to support him but, what they didn’t know was the context of our meeting,” the Tano Tena hitmaker said.

According to Githae , he will only support Raila on condition that he is endorsed by President Uhuru Kenyatta.

Githae who is a staunch supporter of President Kenyatta said that he will support whoever the president will choose to back in the 2022 general elections.

“I am a staunch supporter of Uhuru, if he says I support Raila, I will support him,” Githae said.

He further said that he is not embarrassed of campaigning for president Kenyatta in the 2017 elections and even made a song that sold Jubilee’s agenda to Kenyans.

He termed president Kenyatta as a very supportive person while saying he does not regret his decision to support him.

“The other day, I lost my mother and he called me and also directed me to the person to go and see for his support. That is how tight I am with him,” Githae said.

He further told off his trolls saying that music is his career and will not let an opportunity pass him.

“If you have talent and can’t make money through it to support your life, then the talent is useless. What is wrong with me making money through my singing talent whether I am singing in crusades or political rallies?” Githae posed.

Githae was among the musicians invited at the home of Royal Media Services owner S.K Macharia, where Raila was also present to celebrate the progress made in the music sector.

The group celebrated Uhuru Kenyatta for signing into law proposals that exempted artists from the 25 per cent excise duty proposed in the Finance Bill.

RELATED STORY: How Raila Odinga Plans To Raise The Kshs6000 For Unemployed Kenyans

Mejja Apologizes For Below Average Performance In Sydney, Australia