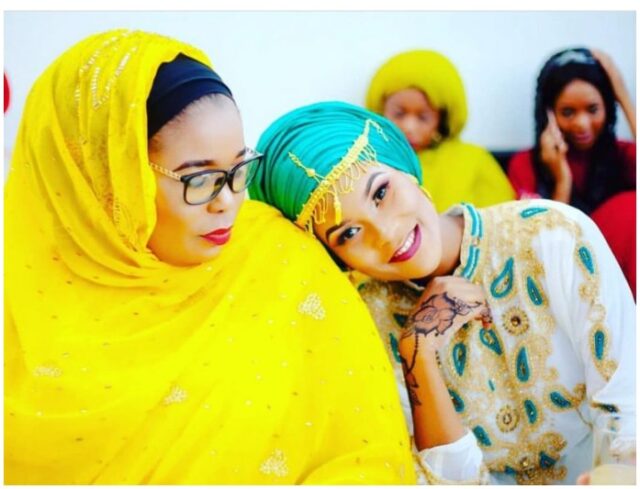 Hamisa Mobetto’s mother Shufaa Lutigunga will be giving Esther Musila a run for her money as she settles down in marriage with a younger man.

Ms. Lutigunga made it crystal clear that she has no problem dating and marrying a man who is way younger than her.

Speaking at a function in Dar es Salaam where her daughter was launching her EP ‘Yours Truly’, Ms. Lutigunga announced that she will marry a younger man if any shows up to seek her hand in marriage.

Hamisa Mobetto’s mother noted that even prophet Mohammed married a woman who was older than him, and as such her being a Muslim she is motivated to marry a younger man.

(“I am a Muslim woman and if a young man comes out and  wants to marry me I am ready. If he goes to ask for my hand in marriage to my parents and I am OK with it where is the problem?”),” Hamisa Mobetto’s mother said.

If Hamisa Mobetto’s mother goes ahead and marries a younger man, she will be following in the footsteps of bold women like Diamond’s mother and Esther Musila who are enjoying blissful marriages with men way younger than them.

Zari: They Say I Am Very Old But That’s What Shakib Wants

Reprieve For People Who Love Having Raw Sex As Injection That Prevents HIV Infection...