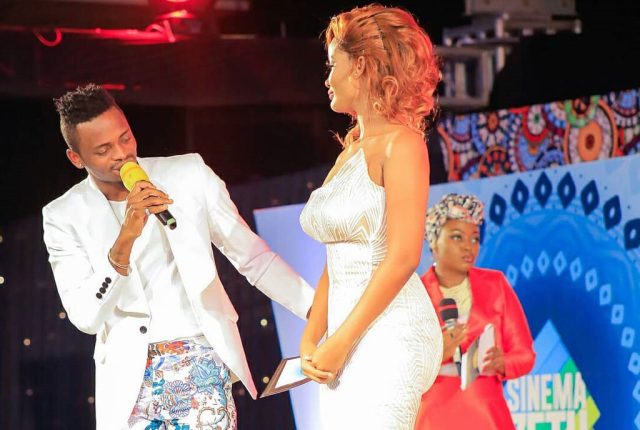 Hamisa Mobetto has suggested that her baby daddy Diamond Platnumz is not fulfilling his fatherly duties to their son Dylan.

The mother of two opened up during a discussion with Wasafi FM presenter Baba Levo.

Baba Levo in a post on Instagram told Hamisa that he had evidence his boss Diamond Platnumz was ‘pouring money’ to her.

Hamisa replied dismissing Baba Levo’s suggestion. She asked the Wasafi FM presenter if he knows where the money is being poured so that she could escort him to pick up the cash together.

Baba Levo further sought Hamisa’s confirmation as to whether Diamond is not helping her financially.

This is the second time Hamisa outrightly refused to say if Diamond is helping her or not.

In an interview with Tanzanian bloggers in August 2022, Hamisa was asked if Diamond fulfills his fatherly duties to their son and her response was; “I really don’t want to get into details.”

Sandra Dacha: I Won’t Leave Akuku Danger Even Though He Has Wife And Child