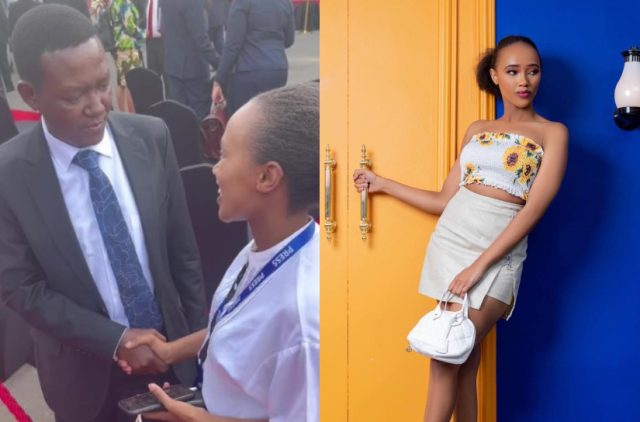 The journalist was part of the invited media personalities at State House Nairobi, on November 9, 2022, during a state official event. South Africa’s president Cyril Ramaphosa was present at the event presided over by President William Ruto.

Jackson was quick to grab the opportunity to greet Mutua at State House when he bumped into her.

She briefly talked to the Foreign Affairs CS before she asked him for his number which he gladly gave her.

Speaking during an interview with Nation, Liz Jackson said she was single and went on to describe her ideal man.

“I am single unless there is a billionaire who wants me right now. My ideal man has to make more money than I do, have a good car, and a house in the suburbs, and he should be generous,” Lizz said.

“I still want a man who earns more than Ksh90,000; I just can’t date anyone earning less than I do. I mean Ksh90,000 is just my rent. Don’t get me wrong money isn’t everything but where I draw the line is how this person is treating me. Having a lot of money does not mean that you get to control me. I want to be able to pursue my dreams and be the greatest person I can be,” she added.

Related: Reporter Cries Foul As She Is Being Roasted For Asking Alfred Mutua For His Number