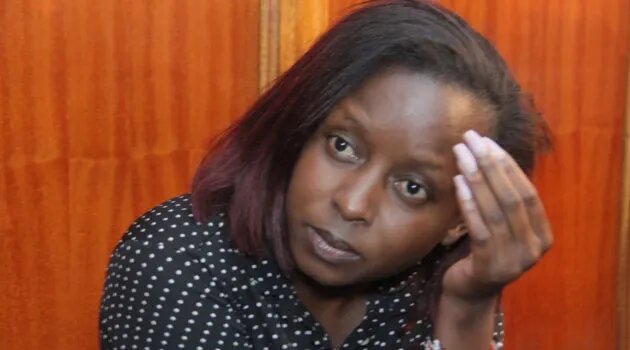 Jacque Maribe has come out to set the record straight about a recent report suggesting that she is on suicide watch.

The former Citizen TV anchor has reportedly been placed on suicide watch because she has been drinking heavily as a result of being depressed.

However, in a quick rejoinder, Maribe dismissed the report as a creation of bloggers insisting that she quit drinking.

“Suicide watch? Depression? By who? When? Why? I don’t even drink. I’m happy and healthy. But ni life, sasa watu wakitaka clicks tufanye? (But it is life, if people want clicks, what do we do?),” Maribe said during an interview with Nairobi News.

Maribe further stated that no one in her family reads such malicious posts and so they are not worried about her wellbeing.

Maribe’s life was turned upside down after she was implicated in the murder of businesswoman Monica Kimani.

The murder case which is still ongoing in court saw Maribe lose her job at Citizen TV and also shunned by her former friends.

Related: Jacque Maribe’s Statement Throws Jowie Under The Bus As Prosecution Seeks To Nail Him

Titi Maasai - February 5, 2022 0
Pregnant Karen Nyamu raised eyebrows after she was passionately smooching with Umoja 1 MCA Mark Mugambi in a car. Nyamu, who claims to be pregnant...