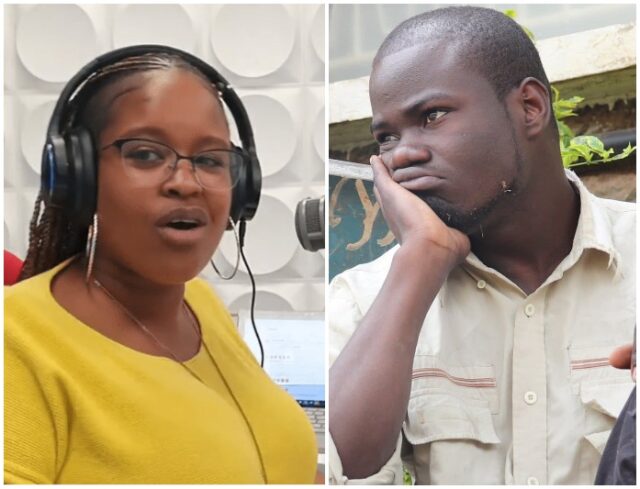 Kamene Goro is not afraid to show her intense hatred of comedian David Oyando popularly known as Mulamwah who crossed her red line.

The Kiss FM presenter opened up about her intense loathing for Mulamwah while speaking on her show with Oga Obinna.

Kamene delved into the genesis of her beef with Mulamwah revealing that the comedian trolled her on social media.

“One Mulamwah is a bully, and he thinks just because he is a comedian, it’s okay for him to be a bully. I posted a picture, he went and wrote something extremely hateful. I’m like bossy, hatasikujui yani nimekukosea wapi and checked him on it” Kamene Goro explained.

The Kiss FM presenter further proudly recalled how she once snubbed Mulamwah when they met at a social event.

She said that Mulamwah tried acting friendly towards her when they met in person after body shaming her online but she couldn’t have none of it.

Asked by Oga Obinna if she would ever forgive Mulamwah, Kamene stated that she was not interested with his apology.

“I don’t want the apology. The year is 2022 tushamove. He is not a nice person period,” said Kamene Goro.

Tanasha Speaks On Why She Is Underrated As A Musician