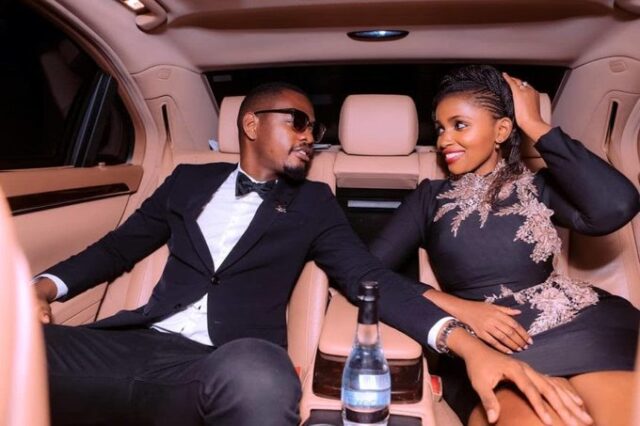 Anerlisa and Ben Pol got married in a very private wedding ceremony in Tanzania on May 31st 2020 at the height of the Covid-19 pandemic. The wedding was so secret that photos only surfaced online months later.

However, the two separated briefly after only four months of marriage, things between them got heated in September of 2020 and they were not on speaking terms for a month.

Ben Pol and Anerlisa however managed to turn things around by the start of November 2020 and were back again serving couple goals. But that was short-lived.

Ben Pol tried in vain to save their marriage, he got tired of the back and forth and hence made the bold decision and filed for divorce in March 2021.

The Bongo singer recently opened up about divorcing Anerlisa while in an interview with local publication.

He said that it was God’s plan for the Keroche heiress and him to go their separate ways without mentioning what exactly caused their marriage to crumble.

“You cannot pinpoint one thing and say this is what happened. It is the universe that allowed us to go separate ways. Both of us. I can say it was God’s plan,” Pen Pol said.

Ben further revealed that he was still single despite his ex-wife moving on with someone else.

“I am kind of single. I have been busy working and traveling but I don’t know what to say. That question might not help people but yes am single,” he said.

Ben Pol is in the country to promote his new single titled ‘Kijanisha’.

It’s a project in which Ben Pol has partnered with various artists among them, including Christina Shusho, Joh Makini, Frida Amani, Justdiggit, and Lead Foundation.

Related: Anerlisa Muigai Politely Responds To Queries About Why No Man Has Been Successful In Impregnating Her

Photos of Harmonize’s 2nd Multimillion Shillings Home Which Is Bigger Than His Current Mansion...