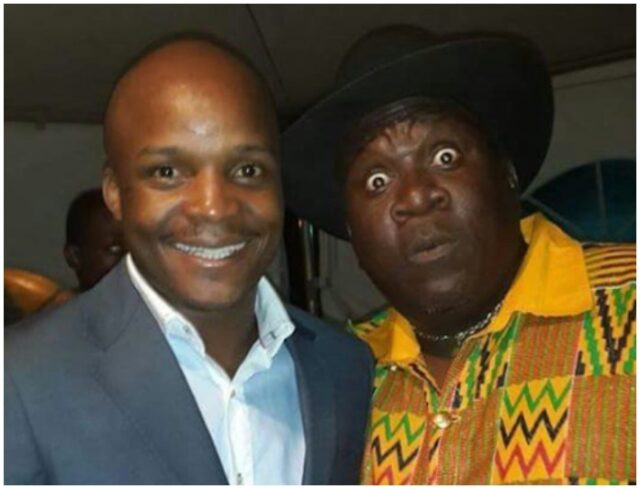 The video showed Jalang’o telling Papa how he wanted to be a big politician while appearing on the Papa Shirandula TV drama.

“In God’s own time!! I wish Papa was here to see this come to pass,” Jalang’o captioned the video.

In God's own time!! I wish papa was here to see this come to pass! #Manufesting pic.twitter.com/fsyK20eteD

Jalang’o was denied chance to bid goodbye to his mentor late Papa Shirandula who is responsible for his success and fame.

Papa christened the Lang’ata MP the name ‘Jalang’o’ when he gave him a chance to act in his eponymous show which used to air on Citizen TV.

Jalang’o never got a chance to bid his old friend goodbye as he was chased from the burial in Busia during to stringent Covid-19 regulations.

Papa was among Kenyans who were buried by the infamous ‘men in white’ at the height of Covid-19.

His casket was regularly sprayed and the number of mourners limited, he was hastily buried by men covering their entire body with protective gear.

Related: Jalang’o Painfully Narrates How He Was Chased Away From Papa Shirandula’s Burial In Busia

American Star Madonna Hangs Out With Her 6 Kids In Kibera