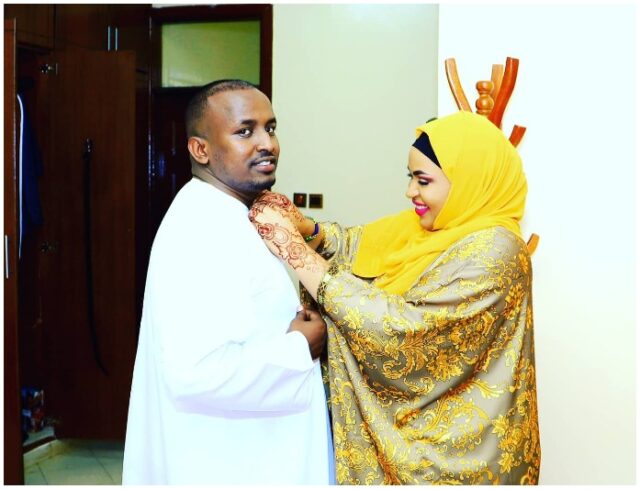 Jamal’s first wife Amira is already laying the groundwork for her to join politics and vie for an elective seat.

Amira announced she would vie for Women Representative seat in the 2027 general election.

The mother of two opened up about her political ambitions in a post on social media.

“Sit me at the table where they are talking about self-growth, money and goals not other people. #moneymondays #womeninbusiness #financialfreedom #2027womenrep,” Amira shared in a post on Instagram.

Amira is currently in Istanbul, Turkey. She has been gallivanting across the globe ever since she fell out with her husband.

Amira filed for divorce from Jamal in November 2021 ending her 17 year marriage to the Matatu Operators Association chairman.

Jamal and Amber Ray started dating in 2020 and ultimately went public with their relationship in December same year.

In April 2021 Amber Ray confirmed she had been married to Jamal Marlow as his second wife, three months later in July she announced their marriage had hit rock bottom and that they had parted ways.

Amber Ray publicly split from Jamal shortly after she traded insults with his first wife Amira.

However, Jamal and Amber Ray started flirting with each other again months after their marriage crumbled.

Things got ugly in November when Jamal’s first wife Amira decided to file for divorce from him for disrespecting her on various occasions by rekindling his love with Amber Ray.

The mother of two sons reacted angrily to her husband’s birthday message to Amber Ray in November 2021.

Amira announced an end to her 17 year marriage saying that she was officially a single mother shortly after Jamal sent Amber Ray best wishes on her birthday on November 4th.

The mother of two told Jamal to prepare divorce papers, adding that she would not let him disrespect her for a second time.

“As from today, kindly consider me a single mum. Jamal Rohosafi, get that divorce paper ready. I am not going to allow you to disrespect me again,” Amira wrote.

Jamal shared a slideshow with lovely photos of the socialite who turned 30 years old, captioning it: “Happy birthday, have a great celebration today, Amber Ray.”

Amira was angry that Jamal could not post about his son on his birthday.

“The audacity. You couldn’t even post your son on his birthday,” she said.

Prof Makau Mutua : Being gay is as natural and African as being asexual.

Dr Ofweneke Ex Wife Nicah Ready To Remarry 4 Years After Breaking Up With...