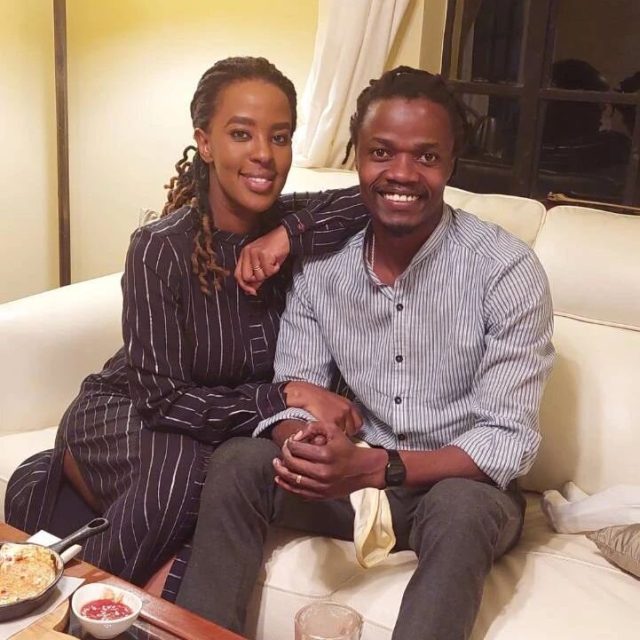 Juliani has revealed that he randomly bumped into Lillian Ng’ang’a at a mutual friend’s event and bonded with her.

Speaking during an interview on Hot 96, Juliani opened up about his relationship with Lillian in a bid to dispel rumours surrounding them.

He distanced himself from allegations made by a section of Kenyans on social media last year that he caused the breakup between Lillian and her former husband Alfred Mutua.

Juliani revealed that he was not aware Lillian had separated with Mutua until she opened up to him while they were still friends.

Lillian Nganga and her ex husband officially announced their separation on August 15th 2021, two months after she met Juliani.

Mutua and Lillian were married for 10 years but she threw everything away when she met Juliani in June 2021.

Juliani and Lillian officially went public about their relationship on September 3rd 2021 in a bid to wad off jilted Alfred Mutua.

Makena Njeri Recalls How She Was Chased From Church After Coming Out As A...

DJ Shiti Hits Back At His Somali Baby Mama Who Exposed Him As Deadbeat...