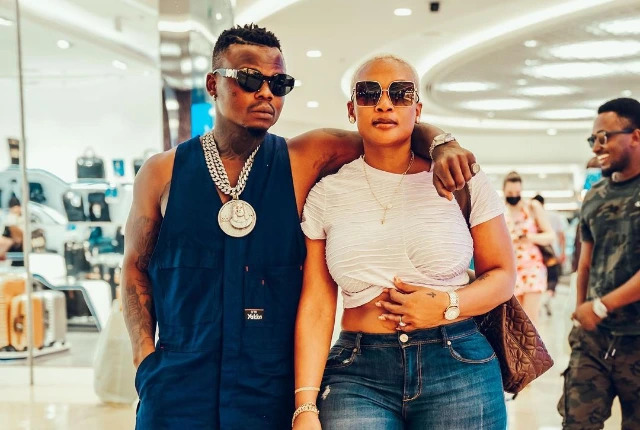 Kajala’s relationship with Harmonize was dogged by infidelity – it has now emerged.

In an interview with Carrymastory, Lokole pointed out that Kajala was not broken hearted after breaking up with Harmonize as she has already dating her Senegalese lover whom he did name.

The Wasafi presenter alleged that the Senegalese never knew about Kajala’s relationship with Harmonize as he is not very active on social media.

Lokole said that Kajala was lying to her Senegalese lover that she was only acting and promoting her country Tanzania.

Kajala confirmed her breakup with Harmonize at the end of last year after being in a relationship for about seven months. The two dated again in 2021 before the bad breakup.

Kajala admitted that she deserved to be laughed at for breaking with Harmonize for the second time in less than two year period.