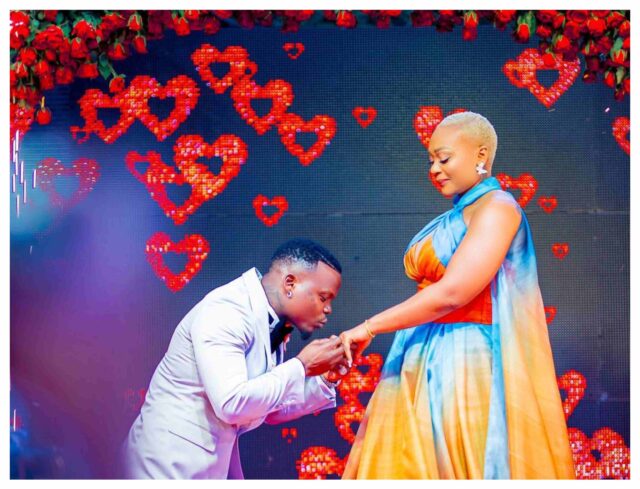 Harmonize went down on his knee and asked for Kajala’s hand in marriage in a glamour event held in Dar es Salaam on June 24, 2022.

The Bongo singer rushed to propose to his sweetheart shortly after they got back together.

Kajala’s own daughter Paula was among people who openly opposed her reunion with Harmonize.

Paula briefly ‘disowned’ her mother after she got back together with Harmonize who wanted to sleep with her.

The 20-year-old removed her mother’s photo from her profile picture on Instagram and also deleted her name from her bio where she had indicated that she is the daughter of Kajala and P Funk Majani.

Kajala and Harmonize have since come out to talk about the people who are opposed to their love.

Taking to Instagram, the mother of one has revealed that she loves Harmonize more because the entire world is against their love.

”I love him because the entire world is against us,” she wrote.

Responding to Kajala’s post, Harmonize downplayed being hated by the rest of the world noting that God was on their side and that is the most important thing.

”As long as God is with us that’s all that matters,” he replied.

Tanasha: I Will Not Embarrass Myself Competing For Diamond’s Love