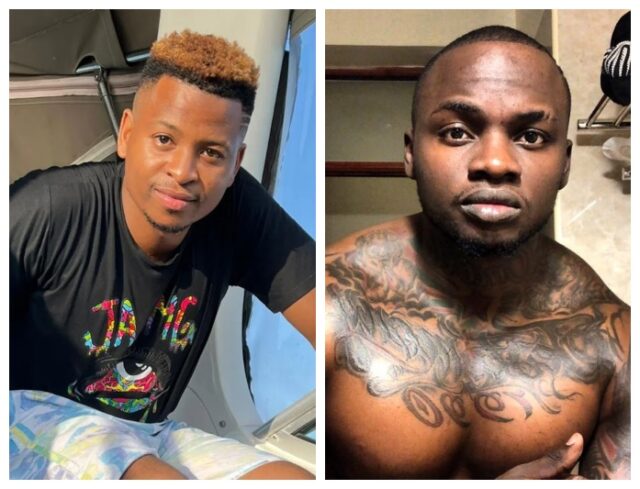 Khaligraph Jones has eaten the humble pie and reached out to YouTuber Presenter Ali seeking forgiveness over what he did to him.

The YouTuber opened up about his terrifying ordeal at hands of the rapper while speaking during an interview with PPP TV.

The YouTuber noted that Khaligraph is very arrogant and full of pride. He revealed that the rapper enjoys demeaning journalists.

Presenter Ali stressed that he will never ever interview Khaligraph because of how the rapper treated him with total contempt.

Khaligraph has since reached out to the YouTuber seeking to make amends. He apologized saying sometimes bad mood gets the better of him.

The rapper invited Presenter Ali to interview him as a way of burying the hatchet.

Samidoh lands happily lands in Kenya after US tour

He Is Not My Toyboy! Akothee Comes Clean On What Nelly Oaks Does For...