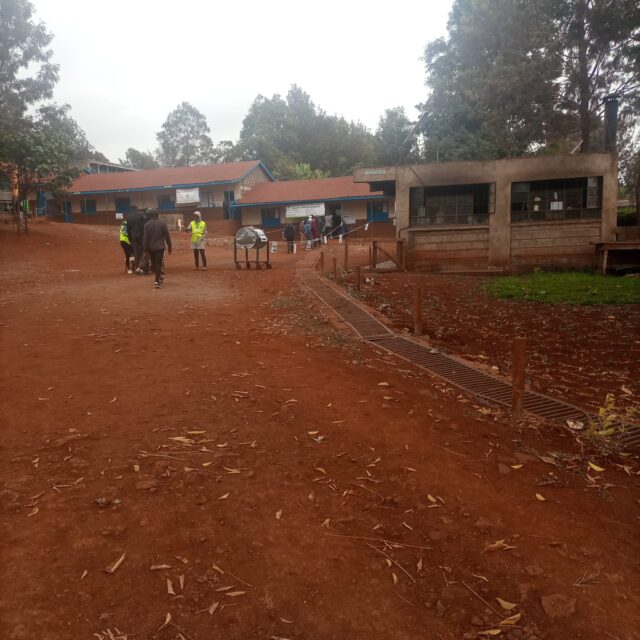 Several polling stations in Kiambu county remain nearly empty as long queues that were witnessed in past general elections were nowhere to be seen.

Kigooco FM radio presenter and journalist Wambu wa Wanjihia while voting showed the sad incident at a polling station where she cast her vote.

The journalist called on voters to turn up at the polling station to cast their votes. 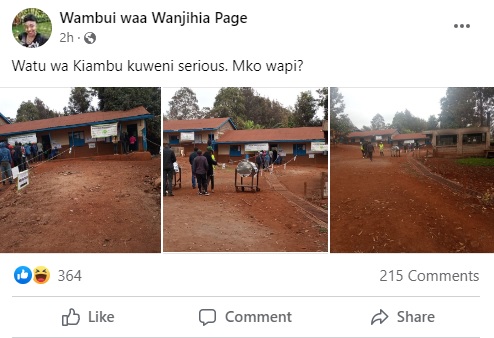 From the videos posted, the journalist arrived at her polling station in Kiambu and was done within minutes as there were less than 10 people in the que.

The journalist shared photos and videos showing the sad case. There was no voter turnout in the polling station despite the are having huge number of voters.

In Kirigiti polling stations, area residents also had not arrived at the polling as expected also.

Kiambu is the most populous county in the Mt Kenya region. The county is also home to the incumbent President Uhuru Kenyatta.

Some people are speculating that voters are not as enthusiastic to vote as in the past election because ‘their own’ is no longer contesting for the country’s top seat.

Bahati Blames Raila Odinga For His Woes As Jubilee Strips Him...