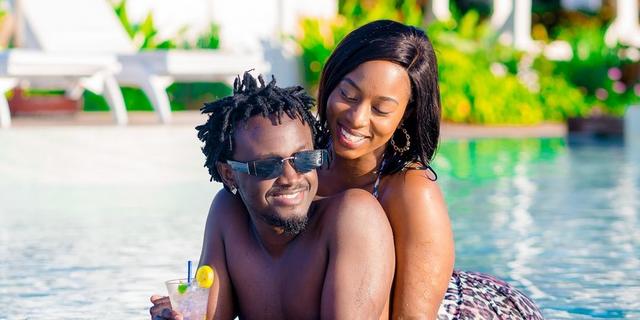 Pregnant Diana Marua called on her husband Bahati to get a vasectomy, insisting that she has had enough children already.

Speaking during an interview with YouTuber Mungai Eve, Diana stressed that feels confident that she is done having babies hence requesting her husband to do a vasectomy.

“Bahati should go and do a vasectomy. Because at this point that is the only thing he is supposed to do for me. Mimi zile sacrifice nimefanya, nimembebea watoto, huyu niwa tatu. Yeye aende afunge tumalize. I have five children at this particular point. I can’t,” Diana said.

Bahati has since responded to his wife’s suggestion that he should get a vasectomy.

The Mathare MP hopeful says the male contraceptive method might affect his performance in bed.

He further noted that he was always ready to have another child despite having not planned for it.

Bahati stressed that he has no problem getting even 10 children as long as he can provide for them.

Vivian Adds More Confusion To Reports About Her Separation From Sam...