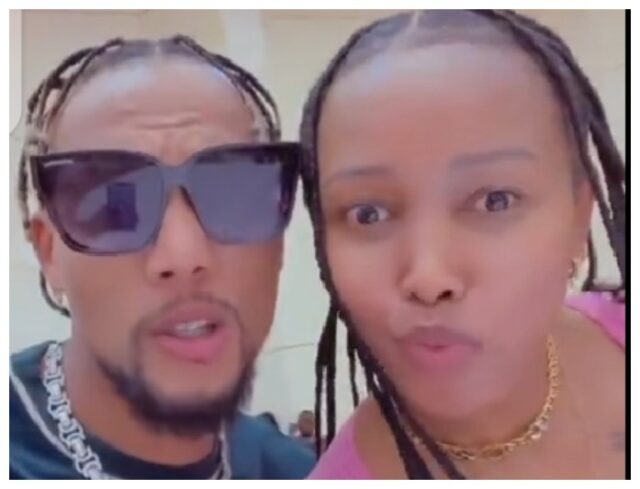 The two were seen smooching in clips posted on social media, they were having quite a good time together in Juba.

The Dancehall star was performing in the Sudanese capital, it’s not clear why Huddah was in Juba.

KRG the Don addressed speculations he is dating Huddah while speaking during an interview with YouTuber Mungai Eve.

“Let us wait for Huddah to come and answer that question because if I talk, I might say something I am not supposed to say,” KRG said.

Huddah was thought to be dating or having a fling with Tanzanian singer Juma Jux.

Jux first sparked rumours he was dating Huddah in June 2021 when he bought a Ksh14 million Mercedez Benz, 2016 AMG which he christened ‘Huddah’

Jux and Huddah played lovers in the singer’s new song ‘Simuachi’ which was released on May 16th 2022.

The two kissed, caressed and cuddled amorously in the new music video prompting some to suggest that they had gone too far.

Huddah while commenting on Jux’s post on social media on June 1, revealed that they are sleeping together.

Raila Odinga and Francis Atwoli spotted with a side chick