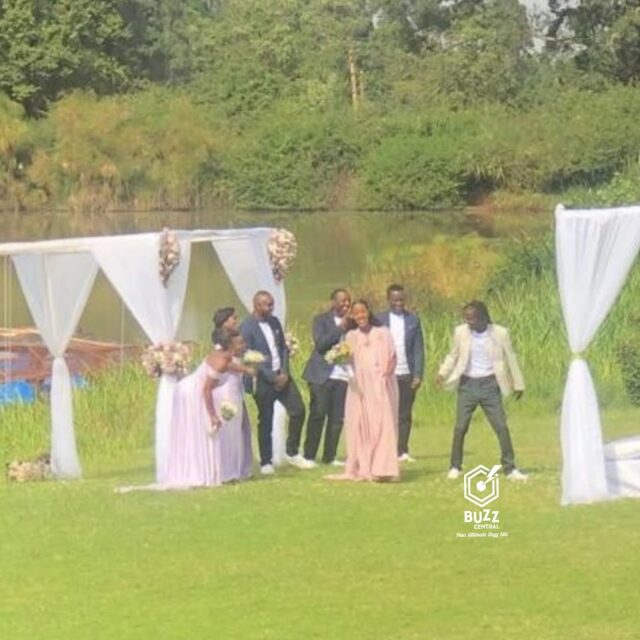 Lilian Ng’ang’a has for the first time opened up about her secret wedding with her husband Julius Owino aka Juliani.

The mother of one tied the knot in a secret ceremony held in Nairobi in February on her birthday.

Their wedding photos did not go viral as only one photo was able to infiltrate social networks.

Lilian was wearing a pink dress that flowed down to the bottom and her husband Juliani was wearing a snow-white shirt and ivory jacket, black pants and white shoes.

The theme of the wedding was black and white and the couple was able to invite less than 50 people.

Lillian expressed anger at the person who leaked their wedding photo while speaking during a recent interview with a local publisher. There wasn’t much to plan, so it didn’t take us long to plan the wedding, it only took two months,” he said.

She said that the wedding photo that went viral on social media was taken by people who were having fun in the surroundings of their wedding and that she wished that those people would have respected her privacy.

“That was a mistake, the wedding was private, it should have been private. For the one who saw the right or the need to share that picture, it was a mistake. But everything happens for a reason,” she said.

Lilian explained that the wedding was just an ordinary event and that’s what made it interesting.

“It is one of the best days of the year in my life,” Lillian said.

“There wasn’t much to plan, so it didn’t take us long to plan the wedding, it only took two months,” she added.

When asked if they went on any honeymoon, Lillian said that their honeymoon is every day.

“Don’t have a wedding and then go on a one-day honeymoon. Have a honeymoon experience every day. We are still on our honeymoon, but we visited Kenya at that time.”

Related: Juliani And His Wife Lillian Nganga Enjoy Honeymoon At 5-Star Meru Resort Where Cheapest Room Is Ksh10,700 Per Night

Nyota Ndogo Back With Mzungu Lover After Swearing She Left Him