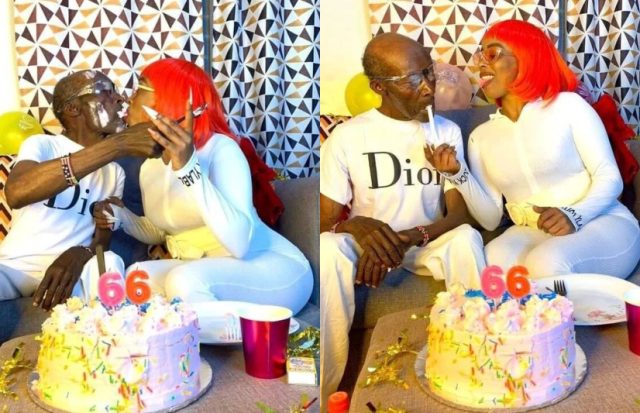 26-year-old Manzi Wa Kibera is dating a sexagenarian who she officially unveiled during a YouTube interview.

The socialite was all over her elderly lover when he recently celebrated his 66th birthday.

The 26-year-old was seen smearing birthday cake on the elderly lover’s face and licking it erotically like it was a warmup for what was to happen in the bedroom.

The two lovebirds were dressed in matching white outfits during the white-themed birthday party. 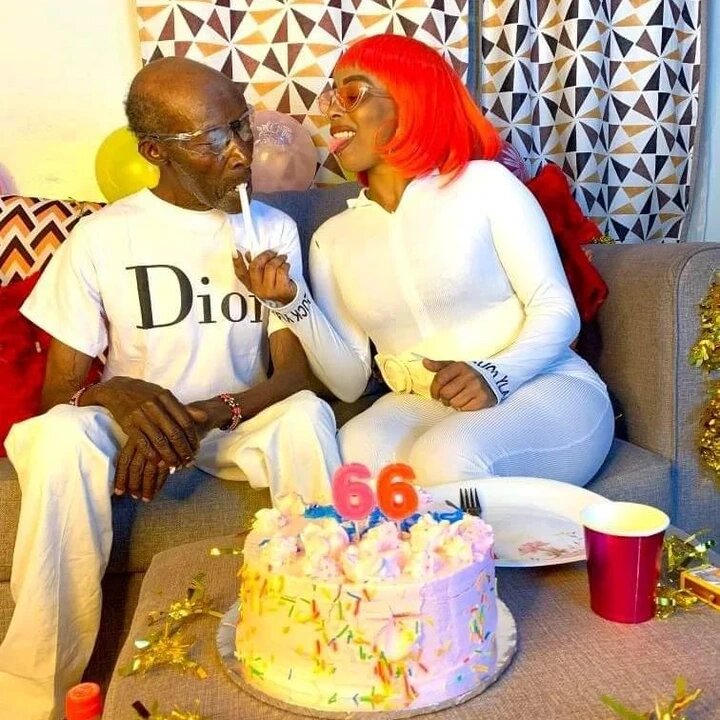 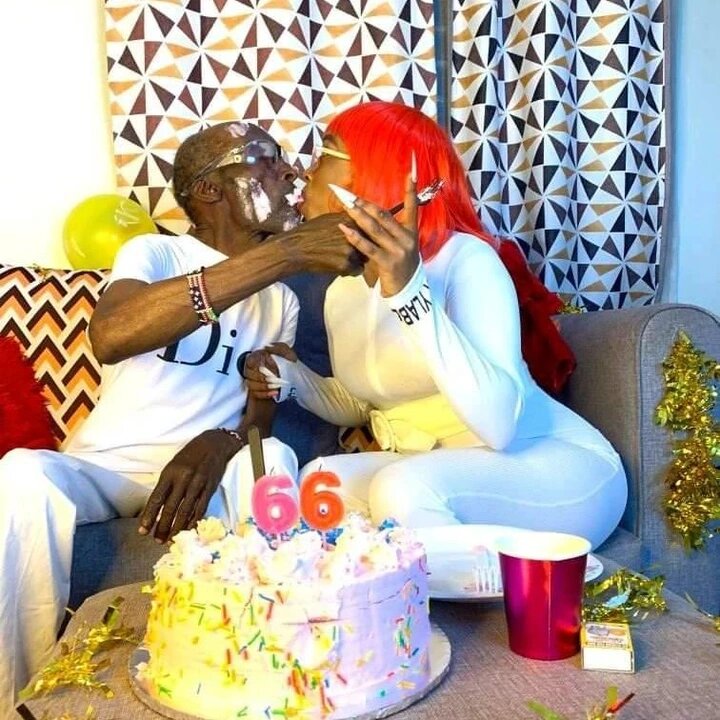 Manzi wa Kibera said she met the sexagenarian when she took to the streets carrying a placard asking the Mumias East MP to marry her.

She was delighted that even though she failed to win the love of Mumias East MP Peter Salasya she ended up falling in love with the 65-year-old granny who bears an uncanny resemblance to Royal Media owner SK Macharia.

Terence Creative: I Have No Problem With Bahati Grinding On My Wife, Am Not...

Akothee: I Wonder Why My Daughter Quit My Company To Seek Employment Elsewhere

Eric Omondi: I Am Very AFRAID and SCARED Of Marriage Because…