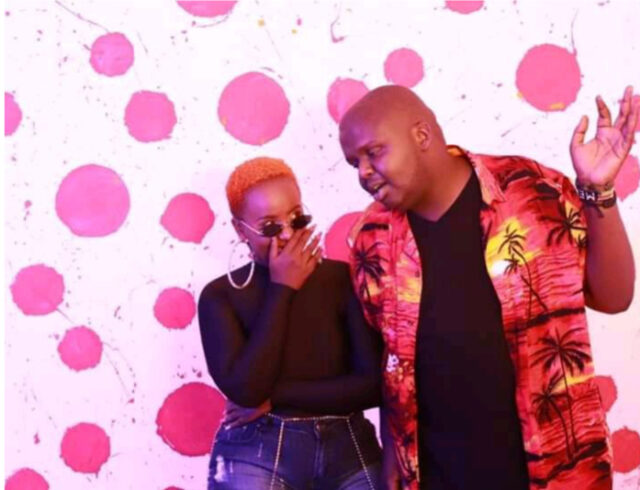 Genge rapper Mejja was no show at Azimio final rally at Kasarani as Femi One thrilled the packed stadium on Saturday August 6th 2022.

Many questions were asked about why Mejja didn’t perform at Azimio rally after Femi One dropped a thrilling performance.

Speaking during an interview on Radio Jambo with Massawe Japanni, Mejja said he snubbed all political rallies because he didn’t want to be associated with any political faction.

The rapper explained that he felt like taking a stand or endorsing one candidate would divide Kenyans more.

Mejja further claimed that making that decision was not easy as the politicians kept coming back with lucrative offers for him.

“Nilifuatwa lakini sikuchukua. Nilifeel hata nitadivide watu zaidi. Niliona hata sitasaidia. Nilifeel nitakuwa part of kudivide watu. (They followed me but I declined the offer. I felt I would divide people. I saw I couldn’t help anything. I felt I was going to be part of the time that is dividing people),” he said.

“Ilikuwa ngumu unajua mimi ni binadamu pia. Hata nilipigia manager simu juu walinisumbua sana hata wiliendelea kurudi an kuongezea. (It was so difficult. You know am also a human being. I even called my manage because these people kept coming back with more lucrative offers).”

Related: Mejja Apologizes For Below Average Performance In Sydney, Australia

Titi Maasai - May 14, 2022 0
Omanyala has assured Huddah Monroe he can NEVER fall her because his wife is way prettier than the petite socialite. Huddah couldn’t hide her intense...