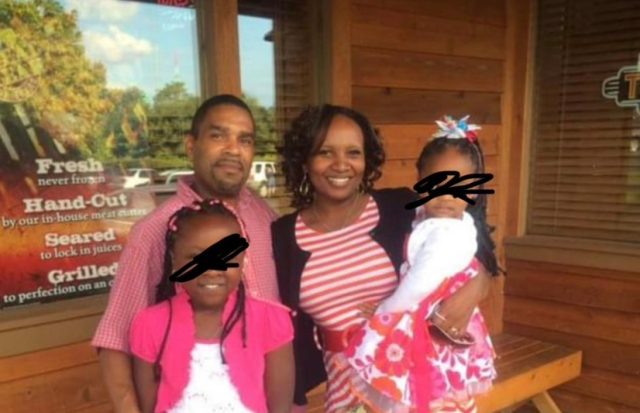 An American man shot and killed his Kenyan wife and their two children before turning the gun on himself.

The shocking incident happened in Louisville, Kentucky on Saturday, December 3, 2022.

Mwaniki Brian Muchemi revealed that the woman was Kenyan when he took to Twitter to announce his sister’s tragic death.

“Yesterday, my sister and her two daughters were shot by her husband, who later committed suicide. I don’t know the cause but I pray they all rest in peace,” Brian Muchemi tweeted. 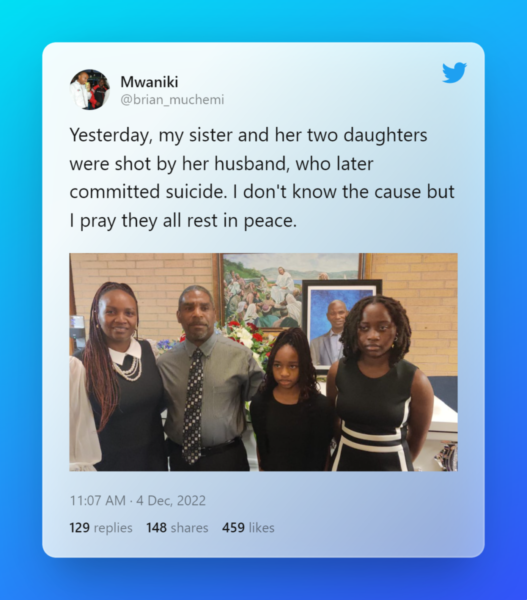 According to the Jefferson County Coroner’s Office, Mary and Andrianna were shot multiple times and Brianna was shot once.

Gary died from a self-inflicted gunshot wound, according to the Jefferson County Coroner’s Office.

“Many of our officers are fathers and mothers as well. It’s difficult to see anything like this,” Major Micah Scheu said.

Details released are limited, including what triggered the outburst.