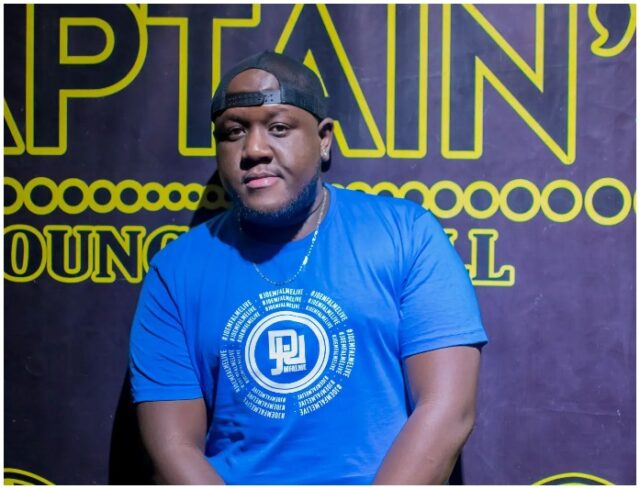 DJ Joe Mfalme, Shaffie Weru and Neville Muysa were fired from Homeboyz Radio in a move that resulted in a lawsuit against their former employer.

Shaffie Weru alongside his co-hosts Neville Musya and Dj Joe Mfalme were accused of shaming a victim of sexual violence whose boyfriend threw her off the 12th floor of a building because she refused to spend the night at his place.

The three presenters issued public apologies, but some Kenyans weren’t convinced that they were sincere.

Shaffie Weru fought back after being fired, he threatened to sue his former employer Radio Africa Group for wrongful termination.

Joe Mflame and Neville Musya however didn’t fight back they opted to go quietly without filing a lawsuit.

Speaking during an interview with Nation, Joe Mfalme said that his salary at Homeboyz Radio was equivalent to what he makes in one night.

“Sometimes we do what we do out of love. I mean, what they paid me monthly was a good amount, but it is an amount I make from one of my Wednesday night gigs,” DJ Joe Mfalme said.

DJ Mfalme maintains his former colleagues and him were victims of the ‘cancel culture’ and believes they should have been let off with a warning.

“Look, I don’t want to go back to that. I am a guy who hates drama, but that was just it. I mean, in the corporate world, where did you see someone getting fired for the first mistake? If whatever we did was wrong in their view, at least a warning should have been issued first. You live in this country. We have seen worse scenarios with no action taken,” Mfalme said.

“For us, we were only trying to share insights and we almost got killed. I have been in the entertainment industry for years. We witness such situations from time to time in nightclubs, all these entertainment joints and even at events. But after what happened, I will never try to be the hero again. No matter how ugly the situation I see turns out, I will always turn a blind eye,” he said.

However, DJ Joe Mflame notes that 2021 was a great year for him in spite of his firing from Homeboyz Radio.

“Surprisingly, no brands disengaged. It was even more surprising to me that in my 13 years of deejaying, last year was the busiest. My phone just couldn’t stop buzzing with many brands, corporates and people wanting us to work together. I did a lot of year-end parties and corporate launches in 2021. I even managed to build my mother a house, despite all that drama,” said DJ Joe Mfalme.

Sauti Sol’s Bien: Eric Omondi Is Like A Cockroach, He Shows Up Even When...

Karimi Knaust Lands New Job 2 Years After K24 Kicked Her Out Like A...