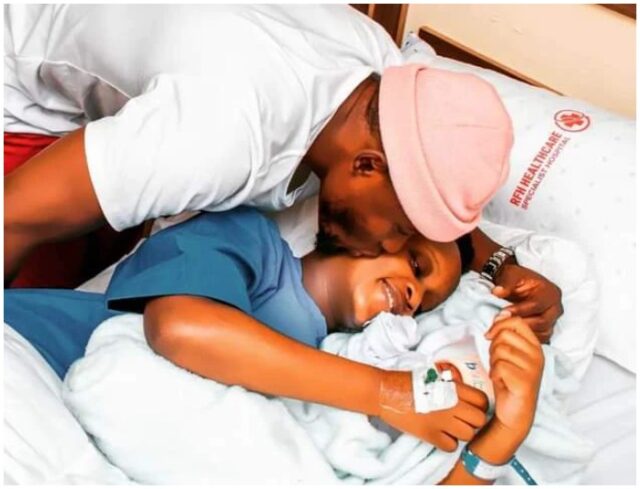 First-time mother Nadia Mukami says motherhood has not been easy for her because she does not have time for herself.

The mother of one revealed that she hit the gym to lose baby fat after giving birth but she ultimately had to stop working out because her breast milk dried up.

“I stopped exercising at that time because the milk in my breasts reduced. I had to stop so that the baby would be full,” she said.

She added that she returned to exercise after her son turned six months old, and has enjoyed having some personal time to exercise.

The mother of one said that the reason she wants to train because she wants to be fit before she starts performing at events.

Mukami said that the events require her to be fit so that she doessn’t get tired quickly after one event.

“I’m back to training, I’m currently 67 kg and I should be 60 kg, it’s a big responsibility to be a mother and an artist at the same time. I like my body the way it is now, and the hips were big but I still need to lose weight,” Mukami explained.

About six months ago, Arrowboy and Nadia Mukami welcomed their son Haseeb Kai into the world.

Satanist Simon Odo Who Had 59 Wives Buried On Top Of His Car With...