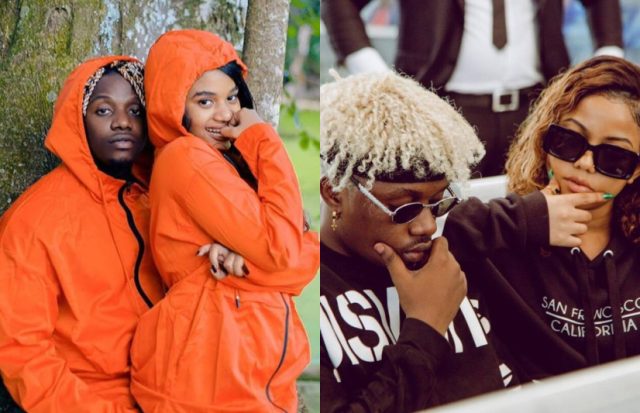 A few months ago, Tanzanian musician Rayvanny confirmed that he broke up with his teenage girlfriend Paula Masanja in what he said was that he felt their love was not compatible.

After the separation, rumours emerged on the internet that the singer decided to reunite with his baby mama Fahyma.

Although Fahyma did not confirm that, many felt they were back together.

For some time now, Paula and Fahyma have been secretly throwing insults at each other through social networks in what has been seen as a jealous war of love for Rayvanny.

As seen in a recent post uploaded by Fahyma, she shared a video with Rayvanny in an apparent bid to provoke Paula.

Paula appeared to hit back at Fahyma through her Snapchat post. She called Rayvanny’s baby mama ‘an idiot who needs to get smart and stop such silly things to hurt someone’.

Related: Rayvanny And Paula Break Up After He Reunites With Baby Mama Fahyma

Betty Kyallo Painfully Narrates How Her Bestfriend Betrayed Her Forcing Her To Open Rival...

Akothee Attends Burial Of Father-In-Law Who Beat Her Nearly To Death And Threw Her...