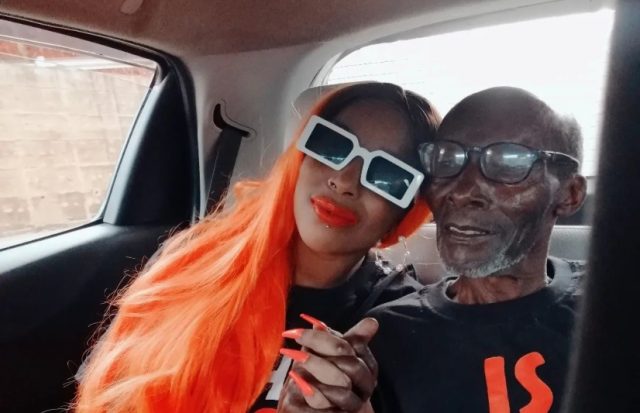 26-year-old Manzi Wa Kibera is dating a 65-year-old granny who she officially unveiled during a YouTube interview.

Manzi wa Kibera said she met the sexagenarian when she took to the streets carrying a placard asking the Mumias East MP to marry her.

She is delighted that even though she failed to win the love of Mumias East MP Peter Salasya she ended up falling in love with the 65-year-old granny who bears an uncanny resemblance to Royal Media owner SK Macharia.

The two lovebirds were seen wearing matching outfits on their baecation as they spent quality time together.

The wore t-shirts which had the words ‘this is love’ printed on them. 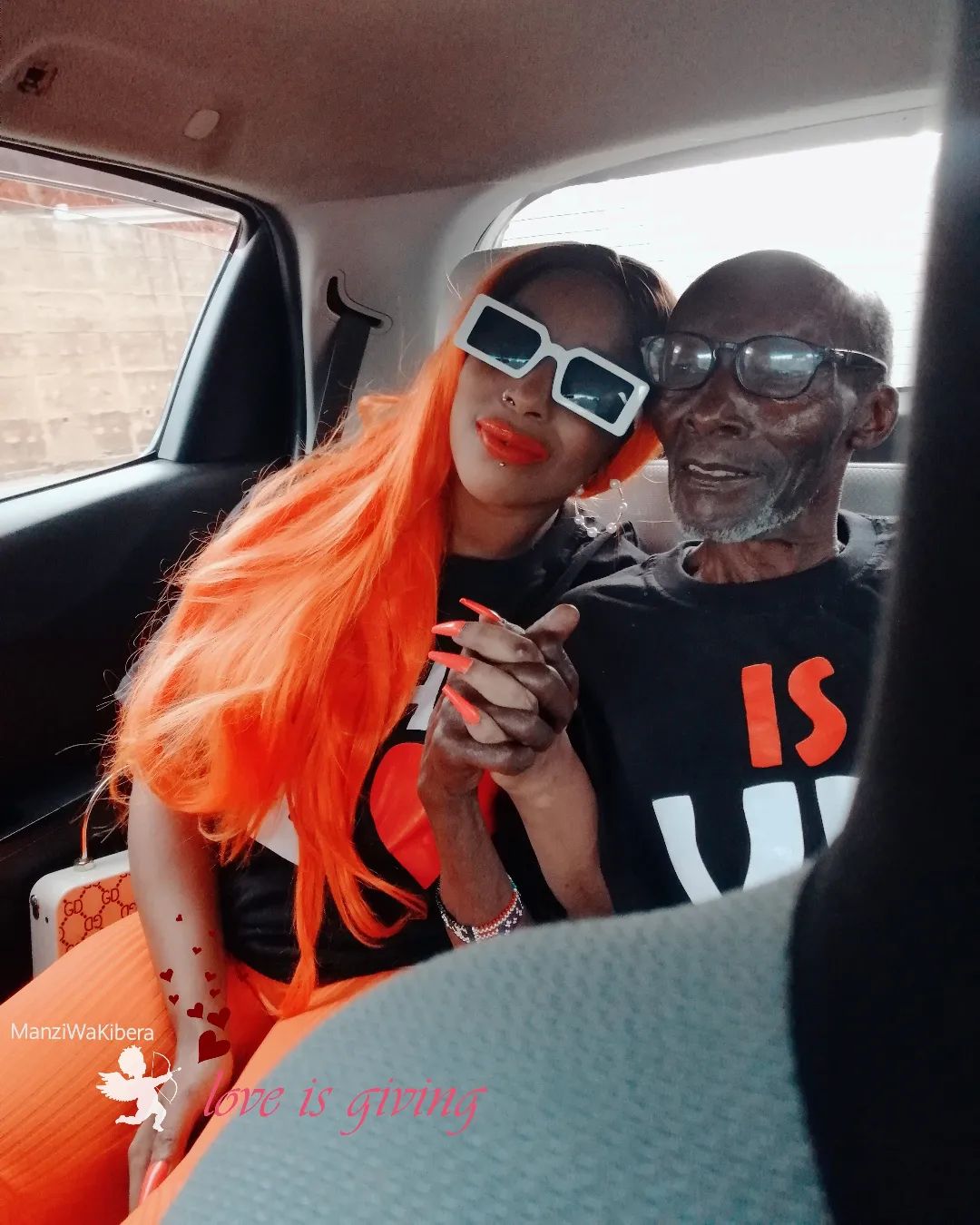 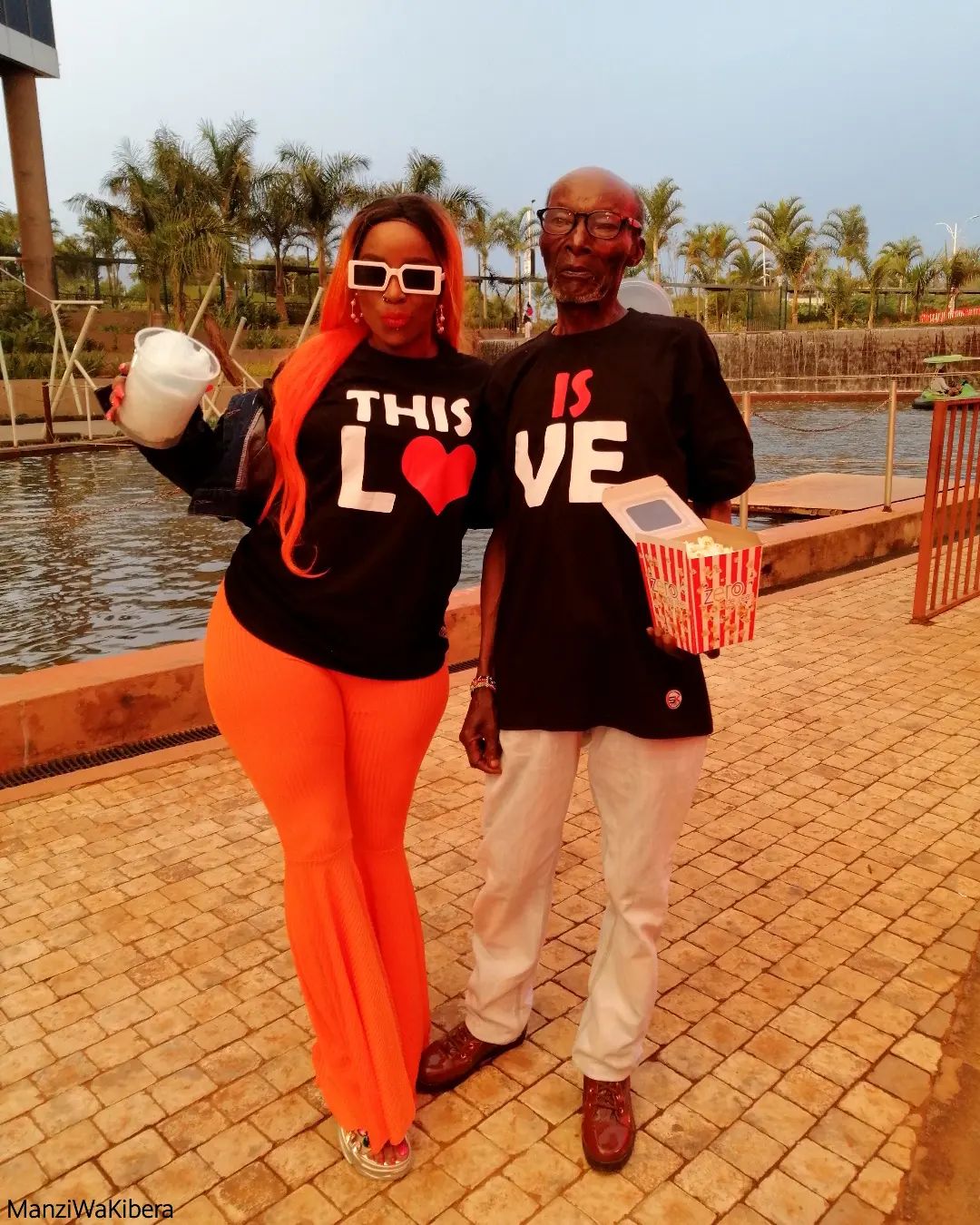 Kamene Goro Gets Second Chance To Polish Her TV Career After Leaving Everything Behind...