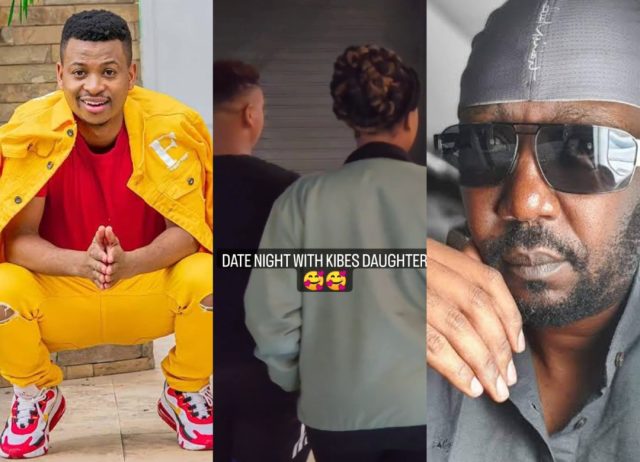 Presenter Ali has decided to escalate his beef with Andrew Kibe.

The popular YouTube content creator had a disagreement with Andrew Kibe after he mentioned him as one of the cons swindling Kenyans as they work with dubious companies allegedly.

Andrew kibe also listed him as a weak man, after he bought his girlfriend a Demio, just to appreciate and thank her for being with him.

In an ugly exchange,  Presenter Ali warned Kibe not to mention his named in his shows or podcasts, saying he’d bring down his YouTube channel.

But Kibe is not a man you want to face off because,  he’ll definitely dig your history and discuss your life, with seriousness like a business.

Anyway, Ali shared a video claiming he has already taken Kibe’s daughter on a date as he disses him online.

He posted their alleged date video on his Instagram Stories,  with emotional emojis to accompany his rubbing the salt into Kibe’s wounds gesture literally.

Looks like Ali has decided to go head to head with Kibe, all the way down to the last bout and shade throwing.

Kifee as he calls himself has vowed to expose all the online influencers who are cons or working with funny companies to steal from innocent Kenyans.

Kenya Reports is following to find out who this alleged Kibe daughter is.

We could not establish if the lady in the video as seen with Ali is actually Kibe’s daughter as at the time of publishing this article.

Nick Ndeda Forced To Reveal How He Makes Money After Being Accused Of Fleecing...

PHOTOS: Diana Marua And Other Kenyan Celebs Who Posed In Nude And Semi-Nude Maternity...