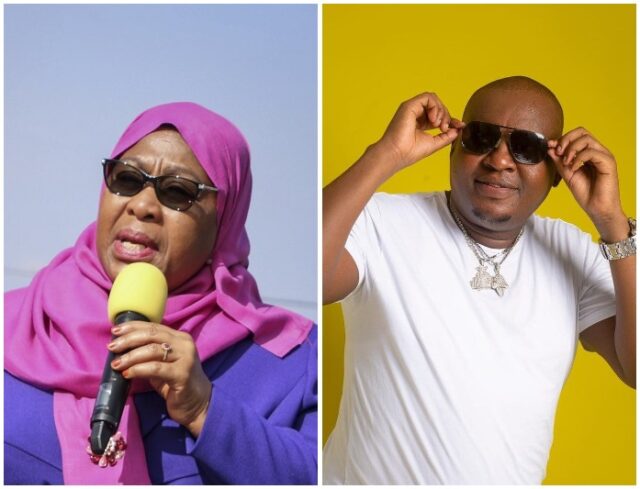 Professor Jay was first admitted to Lugano Hospital in late January 2022 before he was transferred to Muhimbili hospital due to the severity of his condition.

The veteran rapper was ultimately discharged from the hospital on June 11, 2022, after his condition improved.

In a statement on social media, Jay’s wife Grace Mgonjo revealed that President Samia had reached out to them and offered to clear Jay’s medical bills.

“We would like to specifically thank the President of Tanzania Hon. Samia Suluhu Hassan @samia_suluhu_hassan for announcing that her government would cover all the medical expenses of Joseph Haule (professor Jay) we are very grateful and we as a family have nothing to pay her but we pray to God to bless our President and his Government.” read the statement.

Grace thanked everyone who stood by Prof Jay’s side during the tough period which saw him hospitalized for over 120 days including retired president Dr. Jakaya Mrisho Kikwete.

“Not forgetting all the Tanzanians in and out of Tanzania who were praying for him and wishing him all the best so he can be OK. In conclusion, we thank all the Brothers, relatives, friends, and fans of Professor Jay for praying tirelessly every day. God bless you so much we have nothing to repay you with,” concluded the statement.

Suluhu’s decision to cater for Professor Jay’s medical bill is interpreted as courting the opposition.

Professor Jay served as Member of Parliament (MP) for Mikumi constituency from 2015 to 2020 on the opposition party Chadema.

The rapper, who was defending his seat on a Chama cha Demokrasia na Maendeleo (Chadema) ticket in the 2020 general election, lost to Denis Lazaro of the ruling party Chama Cha Mapinduzi (CCM). He garnered 17,375 votes compared to 31,411 for Lazaro.

Massawe Japanni: I Feel Insulted When People Pressure Me To Get...

Titi Maasai - March 30, 2022 0
Radio Jambo presenter Massawe Japanni is facing intense pressure to have a baby boy because she has three children all girls. Many countries and cultures...