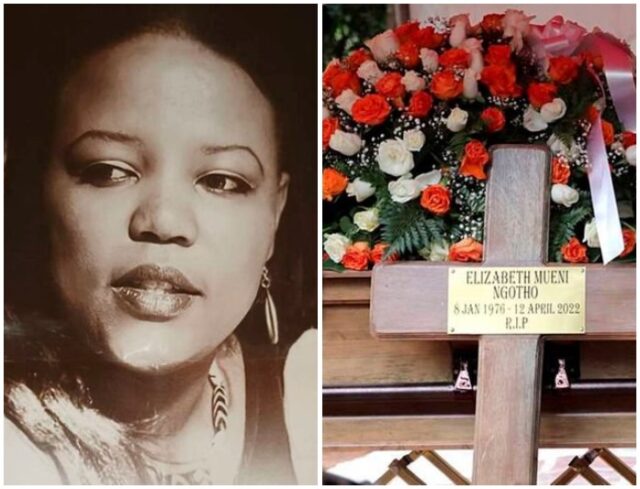 Priest who presided over the burial Of Kenya’s most hated woman Elizabeth Mueni Ngotho expressed doubt if she would go to heaven.

Elizabeth shot to fame after her obituary went viral on social media, the family was elated that she had finally died.

“Mueni has now been united with her beloved father Anthony and her partner in crime Peter, and they can get up to their typical mischief where they left off,” read the obituary that got the whole country talking. 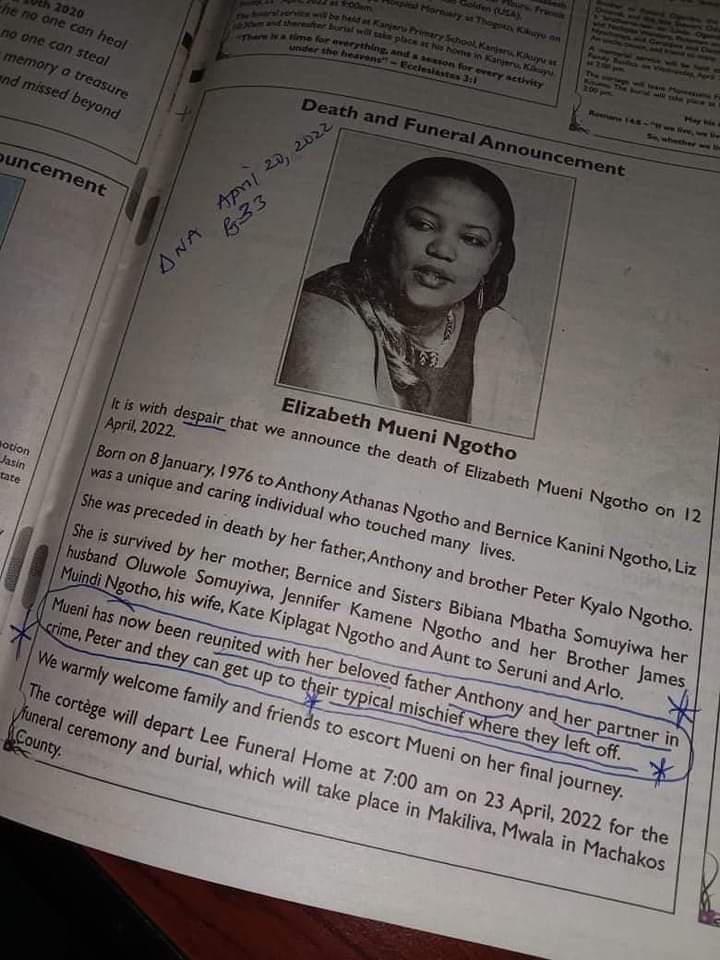 A close friend to the family said the lastborn was behind the obituary, pointing to bitter disputes over family wealth.

Family conflict first emerged in 1997 when Peter Ngotho, one of the two sons in the family, died by suicide.

Peter had been sent abroad to study business related courses so that he could help his father Anthony Athanas Ngotho manage his vast business empire.

Instead of pursuing business course, Peter chose to follow his passion — music and art and this made him clash with his father.

Mr Anthony Ngotho only found out his son had chosen to study a different course when he attended his graduation and that created animosity between the two.

Peter committed suicide as a result of a strained relationship with his father. Elizabeth and Peter were their father’s most favorite children.

There were already deep divisions within the family with Elizabeth, Peter and their father in one faction, while their mother and the rest of the siblings stood on the other.

When Anthony Ngotho died on November 9th 2007, Elizabeth was left in control in the administration of her father’s multimillion-shilling estate.

Elizabeth inherited everything while her other two brothers were left with nothing, they filed cases in court to dispute her inheritance.

Till now the cases are still pending at the Machakos Environment and Land Court as well as the Milimani Law Courts in Nairobi.

Now that members of one faction are all dead, no one left in the family has access to property and wealth that Elizabeth controlled.

At 46 years, Elizabeth was unmarried and childless – meaning her only heir are her brothers who fought her all since 2007 to 2022 over their father’s estate.

Elizabeth’s death brought joy to her surviving family members as they will now rightfully inherit their father’s estate.

The joy was evident during her burial on Saturday April 24th 2022 in Makiliva village, Mwala, Machakos County. 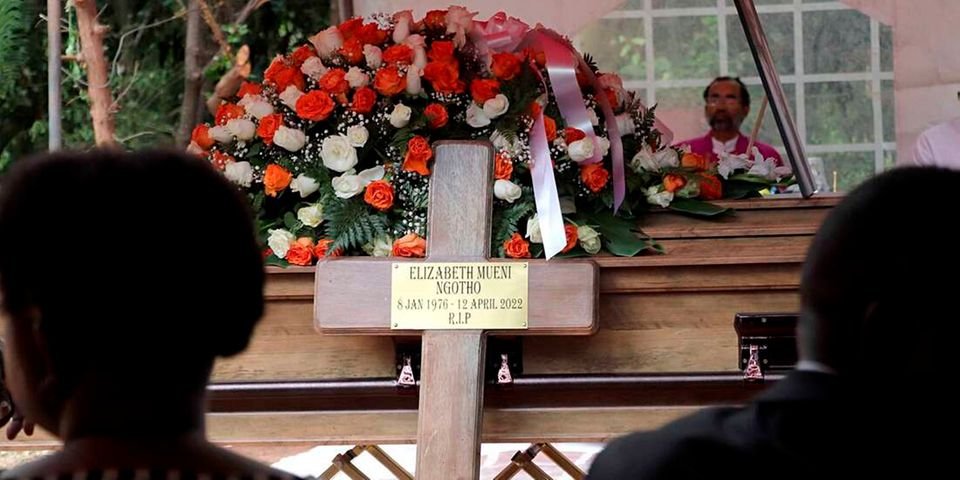 Contrary to regular burial ceremonies where every kin of the departed is allowed to speak their last words to the deceased, the family chose the deceased’s brother Joseph to speak on behalf of all of them.

No government or community leader was allowed to say anything. After Joseph’s speech, the priest took over.

During the funeral service, the Catholic priest, who presided over the event started by expressing reservations that the deceased would go to heaven

“We are not sure if the departed will go to heaven but lets pray for her soul. Mercy be upon Elizabeth and may angels welcome her,” the priest was quoted by Nation.

The priest preached and after he was done, it is straight to the grave for Elizabeth’s remains.

After the casket was lowered into the grave, master of ceremony (MC) spoke with a very strong and with deeper conviction expressing relief.

“Everyone shall be judged by their own actions. If you lived a bad life, wait for judgment day,” the MC said.

Who is Elizabeth Mueni Ngotho? 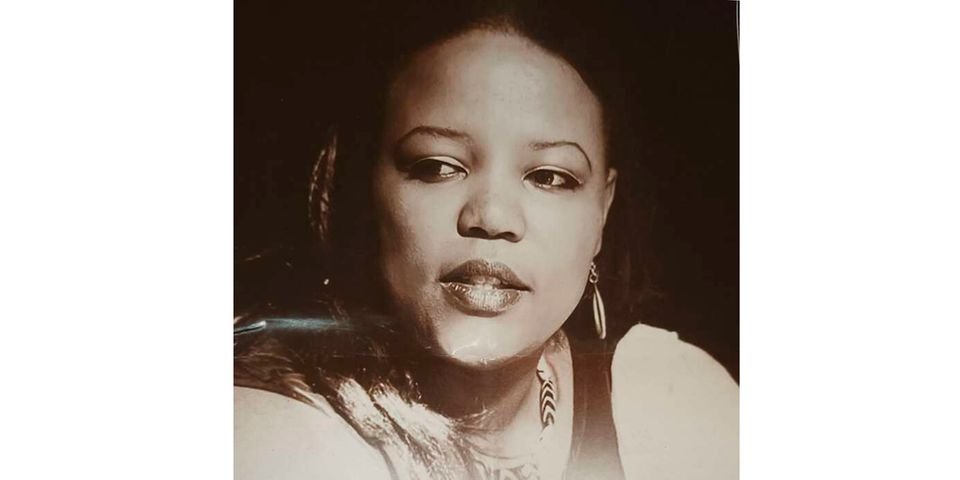 Elizabeth studied at the lavish Hillcrest Secondary School, before she proceeded to University of Manchester where she studied architecture.

She later enrolled for a degree in hotel management at the Les Roches International School of Hotel Management in Switzerland.

She would later join Le Cordon Bleu Culinary School in London for a diploma, then the University of Prince Edward Island in Canada for a conflict resolution degree. In 2005, she received her masters degree from the University of Sydney.

She loved the hospitality industry, and would hop from job to job in UK and Australia before settling for a food and beverage manager position at the Panafric Hotel. She later joined Sarova Whitesands Beach Resort and Spa Mombasa.

She ventured into real estate and had even told friends that once she passed on her body should be preserved at a funeral home she was building in Kitui town.

Elizabeth died on 12th April 2022, until her death she had been ailing for years.

Pastor Jill - December 19, 2021 0
President Uhuru Kenyatta has told Mt. Kenya leaders about the fate that awaits them if his Deputy President will become the next President of...