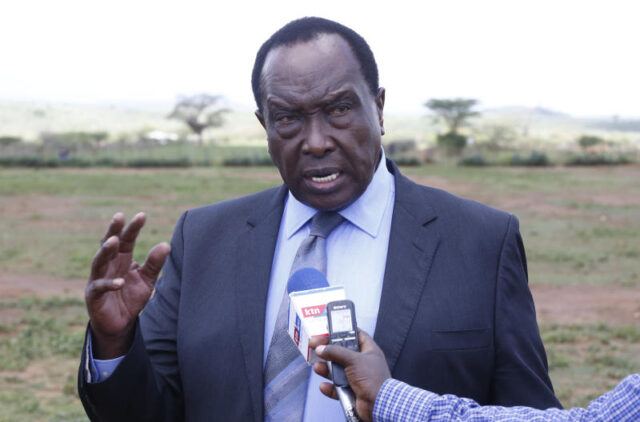 Ballot papers for Rongai parliamentary and those from Kuresoi South constituency were mixed up forcing the electoral commission to cancel voting for the parliamentary candidates.

However, the commission allowed voters to cast their votes for presidential, gubernatorial, senatorial, Women Rep and MCA candidates.

Raymond Moi nonetheless refused to cast his vote when he got to the polling station and discovered that his name was not in the ballot papers.

Moi while speaking to journalists complained that the IEBC mix-up in Rongai would affect the presidential race.

The incumbent Rongai MP stressed that he would not cast his vote until he had an audience with IEBC official to clarify the mix-up.

Staff - September 6, 2021 0
Comedian Erick Omondi on Monday paid a courtesy call to his buddy Billionaire Jimmy Wanjigi at his Muthaiga home. While at the home, the comedian...